In its traditional annual report recently published, BankMyCell website highlighted the rate of decrease in the price of smartphones after purchase.

The service is popular for comparison of prices within the framework of trade-in programs for exchanging old phones for new ones with a surcharge. 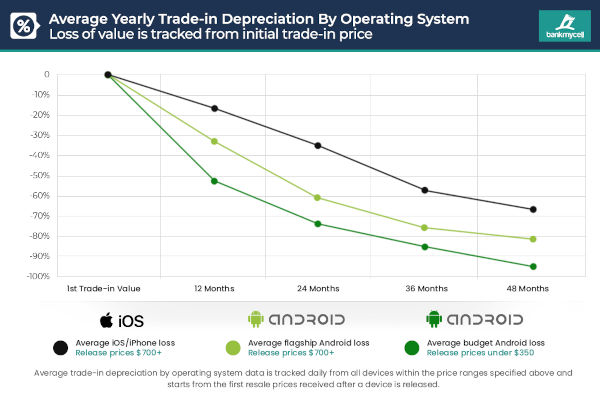 The flagships Apple and Samsung fell in price like this: