Reports of Nokia 6.3 arrival has been in the rumor mills for a while now. Yet again, a number of leaks have surfaced online, showing us renders of the phone with four rear cameras and a possible waterdrop-style notch, with a 6.45-inch display also tipped. 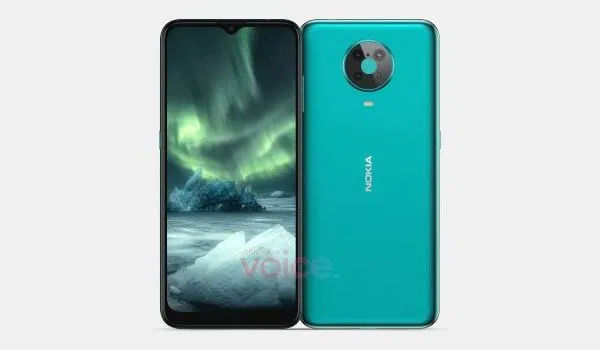 The reliable insider Steve Hemmerstoffer, known as OnLeaks, has posted high-quality renders of the new Nokia smartphone, which will be released under the name Nokia 6.3 or 6.4.

According to the source, Nokia immediately switched from X.2 to X.4 for some of its devices, so the company could do the same in this case. In any case, the successor to the Nokia 6.2 is expected to get a 6.45-inch waterdrop notch screen, and the body will measure 164.9 x 76.8 x 9.2mm (10.1mm with the camera bump).

This device should harbor quad rear cameras, and a side-mounted fingerprint sensor on the power button side of the device. It is also expected to feature a dedicated Google Assistant button on the left side of the device. The leaks also show a 3.5mm headphone jack.

A recent report suggests that this device may launch with a 4,500mAh battery, with the battery model reportedly spotted on TUV Rheinland certification website.

There is no word yet from HMD Global regarding this smartphone, but it is expected that a number of details about it will be revealed in the coming days.

Samsung Galaxy Fold 2 To Have A Long Notification Display –...