Lenovo-owned Motorola has already confirmed the coming of the Motorola Edge S and the device is already available for reservation through JD.com. Now, ahead of the official launch, new details about the device have emerged online.

Going by the latest information, the smartphone will have a feature called Multi-Screen Collaboration which appears to be aimed at business professionals. The feature seems to be capable of projecting content from the smartphone to a monitor or other external display, allowing users to showcase their work on a bigger screen. 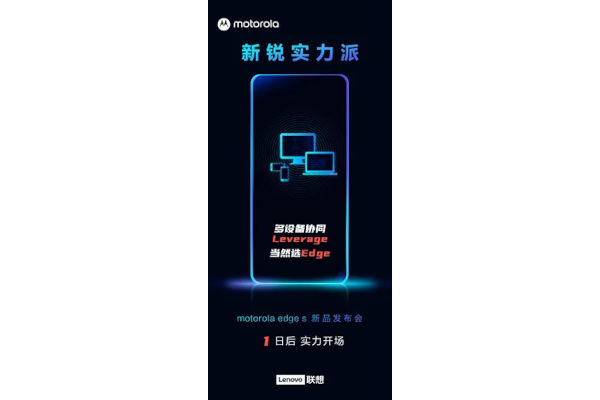 The company has already confirmed that the device will come with the Qualcomm Snapdragon 870 chipset and will be the first smartphone in the world to pack this new smartphone processor.

Based on the leaks so far, the Motorola Edge S is expected to come with a 6.7-inch display that offers a 105Hz refresh rate. It features a quad-camera setup on the back that is likely to have a 64MP primary sensor.

On the front side, the device reportedly has a 16MP + 8MP dual-camera setup. In the software department, the phone is likely to run the latest Android 11 operating system and the company has teased the phone to have a large capacity battery — 5,000mAh.

The Motorola Edge S is all set to go official in China tomorrow, i.e. 26th January. So, to know more about the phone, including its specifications, features, pricing, and availability, we will have to wait for a few more hours.

Samsung Galaxy Buds and Galaxy Fit May Be Unveiled Alongside Galaxy...

Google Will Officially Unveil Android P On August 20. Guess The...