The Motorola Edge S goes live for reservation. The device is the first smartphone to be powered by the new Qualcomm Snapdragon 870 chipset and can be reserved through JD.com.

On the popular Chinese e retail website, the new device has been opened for reservations. For those unaware, the Motorola Edge S is the latest smartphone launched by the company and features a 6.7 inch FHD+ display that has a 16 megapixel dual punch hole selfie camera shooter on the front. On the rear, a 64 megapixel primary camera is housed while the device is powered by a large 5,000mAh battery pack.

As earlier mentioned, the Motorola Edge S feature Qualcomm’s latest Snapdragon 870 SoC. It is the first device to sport the new chipset, which is based on the 7nm process from TSMC, the world’s largest contract chip maker. The new chip is 5G enabled, meaning it is compatible with the newer and faster bandwidth thanks to the X55 5G modem that is also paired with the Adreno 650 GPU for mobile gaming. 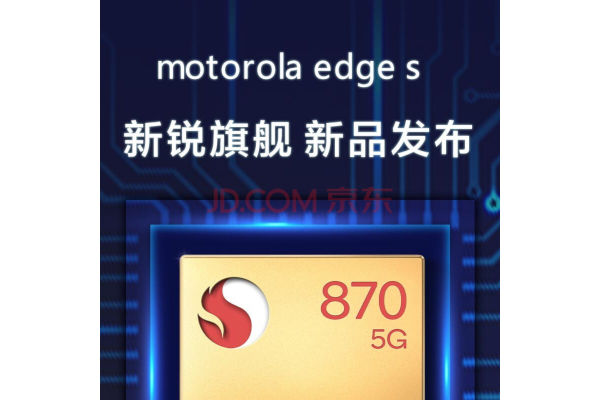 At the moment, the device is only open for reservations, which means that it has yet to be launched or be available for purchase. But the Motorola Edge S is confirmed to launch on 26th January 2021. So stay tuned for more, as we will be providing more updates and provide additional details after the new smartphone is launched.

HMD Global Secures $230m from Google, Qualcomm And Other Investors