MediaTek has launched its latest flagship chipsets – Dimensity 1200 and Dimensity 1100 in China today. These chipsets succeed the Dimensity 1000 series and bring along significant improvements across the board. 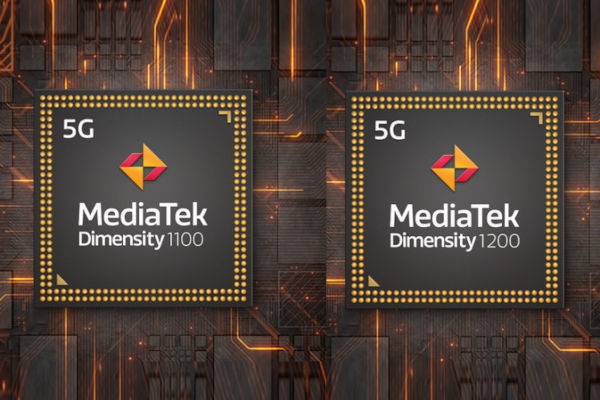 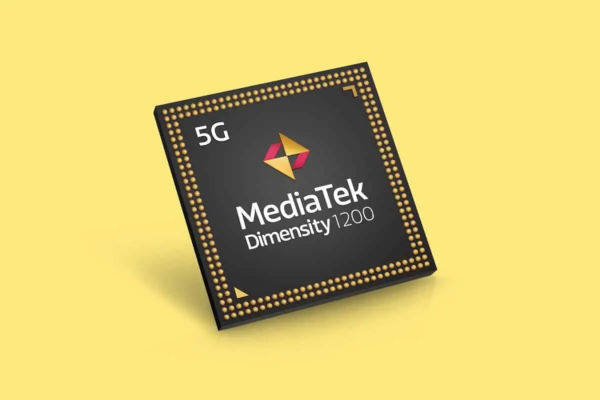 This flagship MediaTek chipset opts for a 1+3+4 CPU arrangement. It includes a single Cortex-A78 ultra-core clocked at 3GHz, three Cortex-A78 super cores clocked at 2.6GHz, and four Cortex-A55 efficiency cores clocked at 2GHz. Unlike the Snapdragon 888 and Exynos 2100, the Taiwanese giant has not employed the more powerful ARM Cortex-X1 core at the helm of the Dimensity 1200.

The CPU is paired with a nine-core ARM Mali-G77 MP9, which is the same as its older-gen Dimensity 1000-series chipset. It is disappointing to see MediaTek reuse the same GPU in its next-gen flagship chipsets for 2021. And, you will be surprised to know that Dimensity 1200 and 1100 “support ray tracing in mobile games and artificial reality applications,” as per the official blog post. You will also find a hexa-core AI processor (MediaTek APU 3.0), which offers 12.5% more performance as compared to previous-gen chipsets.

ALSO READ:  Apple wants you to start accessing your health data from iPhones

As for the display and camera capability, MediaTek boasts the highest refresh rate support we have ever seen on a mobile chipset. Dimensity 1200 can support up to Full-HD+ displays @ 168Hz and QHD+ displays at 90Hz. The chipset includes a five-core HDR ISP as well, enabling support for up to 200MP photo capture, 4K HDR video capture, and more. Phones with this chipset can include up to 32MP+16MP dual-cameras.

Moving to the lower-specced Dimensity 1100, it is also an octa-core chipset based on TSMC’s 6nm architecture. 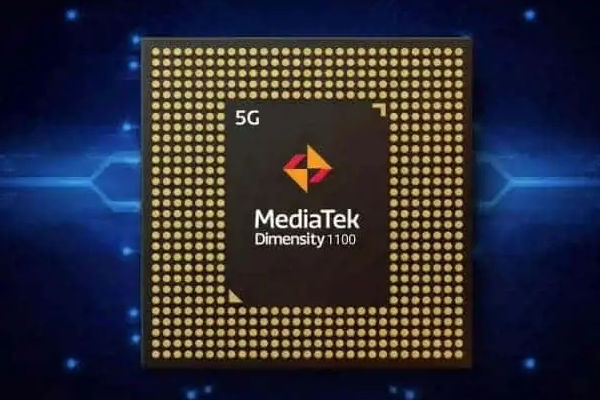 Dimensity 1100 sports four Cortex-A78 cores clocked at 2.6GHz and four Cortex-A55 efficiency cores clocked at 2GHz. The chipset also includes a nine-core Mali-G77 GPU, Helio M70 5G modem, and a hexa-core AI processor (APU 3.0) – the same as its elder sibling. The camera and display capabilities of this chipset are different though. It can support up to 108MP single camera (or 32MP+16MP dual-camera), up to 4K @ 60FPS video capture, and up to 144Hz Full-HD+ displays.

Now, the biggest question is – when can we expect to see smartphones powered by the Dimensity 1200 and Dimensity 1100 chipsets in the market? MediaTek, in the official blog post, reveals that phone makers Xiaomi, Vivo, Oppo, and Realme have expressed interest in these new chipsets.

Another step towards becoming a #Leaderof5G!@MediaTekIndia is launching its new Dimensity Flagship 5G Smartphone chip and #realme would be one of the first to release a smartphone featuring it.

We can expect flagship devices to start rolling out by the end of Q1 2021, with Xiaomi and Realme leading the charge. They have already confirmed that they will launch a MediaTek Dimensity 1200-powered phones very soon.