Honor V40 renders have been revealed, just days before its official launch on January 22. Official renders of this device show a variety of colors from peach, black to blue and silver colors. 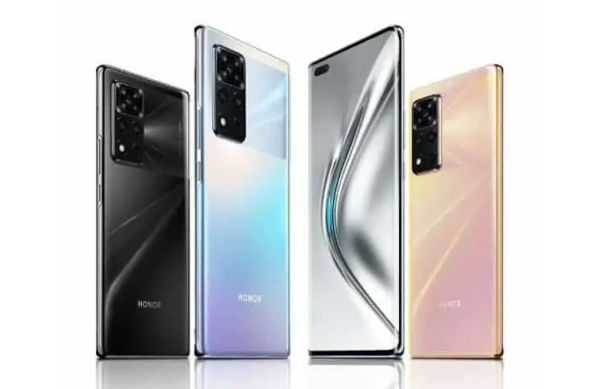 According to reports from the company made through a Weibo post, the Honor V40 will launch on January 22, after a number of equipment related issues forced the company to postpone the launch which was earlier scheduled for the January 18.

The Honor V40 renders show a device with triple rear cameras, curved edges and a pill-shaped cutout in the top left corner of the display. It is expected to have a 6.72-inch OLED display with a 120Hz refresh rate and operate on the Android 10 with UI 4.0. Certain sources suspect that this device may bear a 50MP primary sensor assisted by a 32MP sensor and a 16MP sensor. 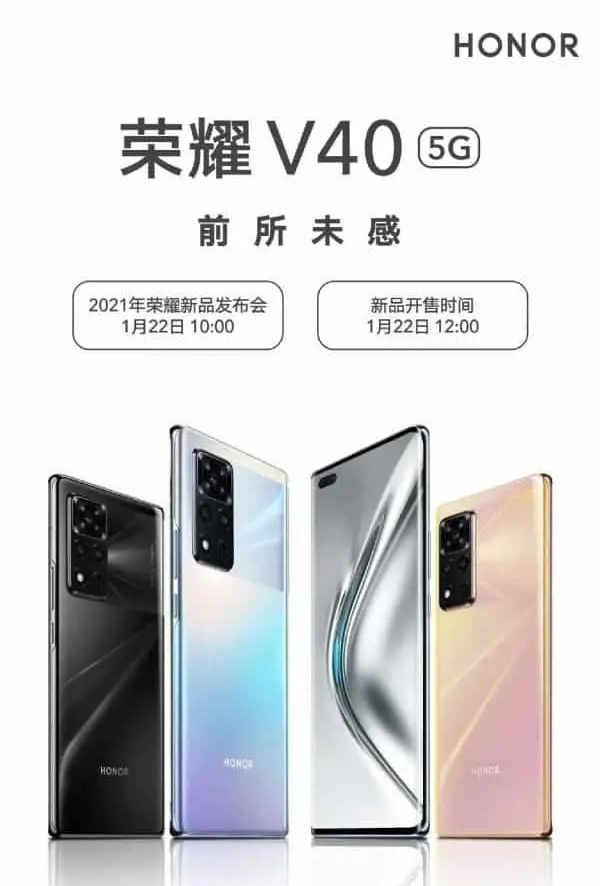 This is the first smartphone from Honor after its complete independence from Huawei. According toÂ Russian media, Lenta RU, theÂ Honor V40Â will come with Google Mobile Services. This means that this device will have access to Google Play Store and other features. However, there is no confirmation to this report so itâ€™s best to take it with a grain of salt.

Since the Huawei US ban in May 2019, Huawei mobile phones have not been allowed to run Google Play services. This also applies to Honor smartphones because, at the time, Honor was a sub-brand of Huawei. This is also the major cause of Huaweiâ€™s smartphone sales drop outside China. However, at the end of last year, Huawei sold its Honor brand and assets. Thus, ordinarily, we expect that the new entity will not be subject to Huaweiâ€™s sanction.

At the time of the sale of Honor, Honor V40 was already in development. Of course, without Google Play Services. Nevertheless, it appears that Honor has obtained permission to provide Google Play services to this latest 5G smartphone.

There are still a number of details that are yet to be revealed by the company, from the price range to the smartphoneâ€™s processor just to name a few. However, all of these details will be revealed on January 22 when this device launches in China.