HonorÂ has apparently signed partnership deals with key chip suppliers after itsÂ separation from its former parent company, Huawei. The brand has now partnered with Intel and Qualcomm. 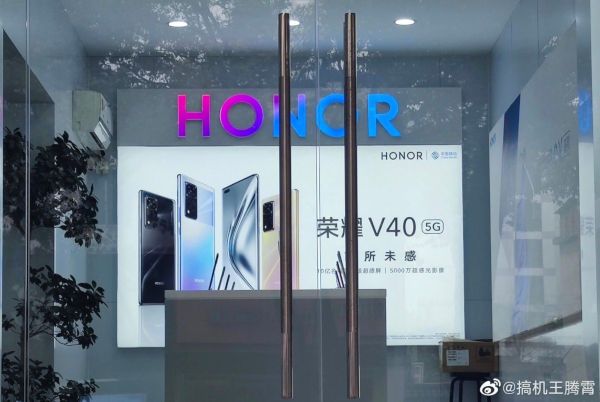 According to aÂ ReutersÂ report, the Chinese budget smartphone maker is only able to partner with these major chip suppliers due to its separation from Huawei. The latter is suffering from the impacts of US sanctions, which have crippled its smartphone business and also disrupted its supply chain. For those unaware, Huawei sold off Honor last year, to a consortium of 30 of its subsidiaryâ€™s agents and dealers in an effort to save its budget smartphone sub brand.

Earlier today (22nd January 2021), the company launched the Honor V40,Â which was sold out in just over 3 minutes. This marks the first device that the brand has launched after the split, and it seems like the company is off to a positive start. Now, it is even partnering with key suppliers from across the globe, includingÂ AMD,Â MediaTek,Â Micron Technology, Microsoft, Samsung,Â SK Hynix, andÂ Sony.

According to George Zhao, â€œthe last five months have been an extremely difficult but meaningful time for Honor. We feel the weight of expectation from industry partners and consumers.â€ After its independence from Huawei, Honor is expected to also launch mid to high end smartphones in the near future while also focusing on expanding its presence in the overseas market. It would also make efforts in launching IoT (internet of things) products and other smart connected products as well.