Glo Nigeria has yet again come again with another season of cashtoken for all its subscribers. You can win different cash prizes ranging from N5,000 to N100 million in the next three months. 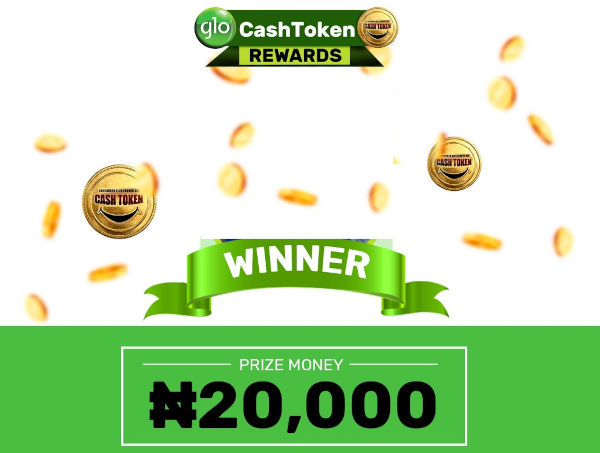 This is courtesy of another season of the companyâ€™s recharge-based loyalty programme,Â Glo RewardÂ Cashtoken, which began on December 18, 2020, and will run up to March 31, 2021.

According to Glo, that the need to allow other subscribers, particularly those who did not win prizes during the first season to have another chance to win. Cashtoken will be earned by subscribers, just like in the first season, each time they recharge their lines, with each Cashtoken giving an assured cashback.

How To Participate In The Glo Cashtoken Offer

To enroll for Glo Rewards, dial *777*6# and start recharging to earn Cashtokens.

However, for new customers who are just joining Glo network, Cashtoken awaits them on first recharge of N200 only, after which they will earn more Cashtokens on every cumulative recharge of N1000 during a calendar month.

The company explained, adding that existing customers will earn Cashtokens on every N1000 cumulative recharge within a calendar month.

Finally, subscribers who continued to meet the eligibility criteria will earn and accumulate Cashtoken without break. Globacom added that there is no upper limit to accumulating Cashtokens and those tokens will be warehoused in a virtual wallet that is linked to the subscriberâ€™s mobile number.

Which Telecom is Africa and Nigeria Most Valuable Telecoms Brand?