TheÂ Xiaomi Mi 11 is all just a couple of days from going official. An image of the retail package of the Mi 11 has surfaced appeared. According to the tipster who leaked the image, the retail box is as thin as the iPhoneâ€™s packaging. He speculated that the Mi 11â€™s box may not include a charger. And now, the company has officially confirmed thatÂ the Mi 11 will not arrive with a charger. 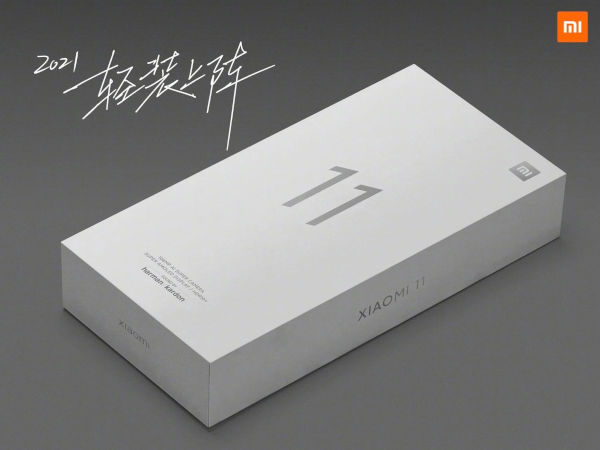 Shown below in the video is the brand-new packaging of the Xiaomi Mi 11. The company claims that it is quite thin and light. It states that it has removed the charger from the retail box in a bid to protect the environment.

Smartphone buyers already have chargers that came along with previously purchased smartphones. Shipping a new charger with Mi 11 will only burden the environment, claims the company. It is aware that its decision to exclude the charger may not go down well with the phone buyers. However, it reiterates that it is a better solution to follow the industryâ€™s new norm to protect the environment.

Industry giants like Samsung and Xiaomi hadÂ mocked AppleÂ when it removed the charger from the iPhone 12 seriesâ€™ retail package. Reports have revealed that theÂ upcoming Galaxy S21 series by SamsungÂ will also come without an in-box charger. It is yet to release an official statement on it. Xiaomi has confirmed that it will be holding a press conference on Monday to speak more on why it removed the charger from Mi 11â€™s package.

Should manufacturers continue to provide a charge with a phone? Share your thoughts by posting your comments below.