Qualcomm Snapdragon 888 5G: Everything You Should Know

By TellForce Blog On Dec 2, 2020
Share
Join Us On Telegram 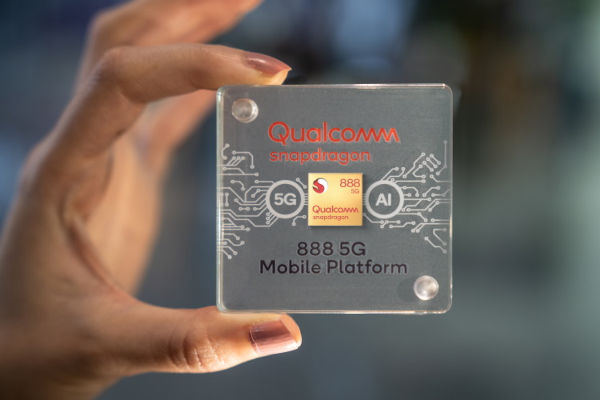 So, without wasting any more time and let’s take a look at what the Snapdragon 888 5G chipset brings – internal specifications and features.

Qualcomm Snapdragon 888 5G: All You Need to Know

The Qualcomm Snapdragon 888 5G is an octa-core chipset based on the 5nm process node. The chipset marches forward with theÂ same 1+3+4 architectureÂ as its predecessor, Snapdragon 865. It is, however, important to note that the Kryo 680 CPU now also includes aÂ new Cortex-X1 coreÂ apart from the usual ARM Cortex-A series cores. 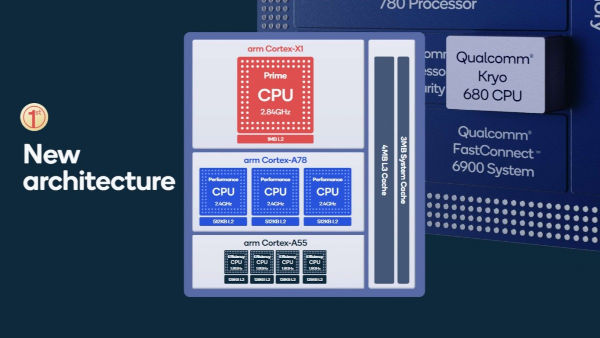 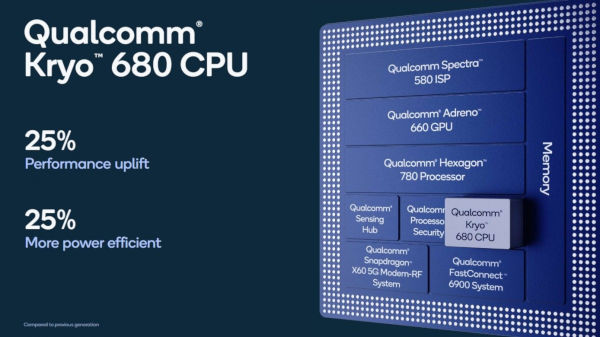 Also, the Snapdragon 888 comes equipped with the QualcommÂ FastConnect 6900 Mobile Connectivity SystemÂ that wasÂ announcedÂ quite recently. It supports Wi-Fi 6 (offering up to 3.6Gbps speeds), new Wi-Fi 6E (6GHz), and Bluetooth 5.2 to deliver a crisp and reliable audio experience.

The Kryo 680 CPU cores are backed by the new Adreno 660 GPU, which Qualcomm saysÂ â€œachieves its biggest performance leap yet, delivering up to 35% faster graphics renderingâ€Â compared to the previous-gen Snapdragon 865.

Building upon features like HDR gaming, 144FPS support, and updatable GPU drivers from last year, Snapdragon 888 5G brings impressive new gaming features. It supportsÂ variable rate shading, a feature that was earlier limited to PC games and consoles. It improves the rendering speeds by up to 30%, says Qualcomm and thatâ€™s just insane. This essentially means games should be able to run at higher frame rates for a longer period of time. 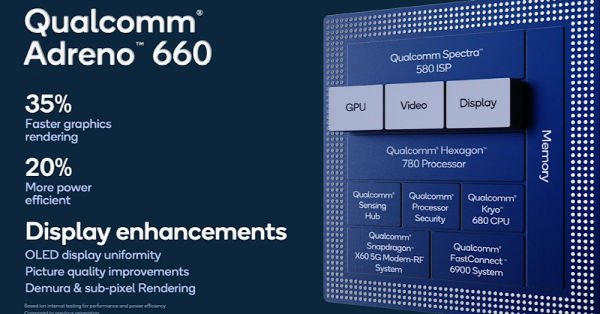 Other gaming improvements include a new Quick Touch feature and Anti-howl. While the former will be helpful in FPS games like PUBG Mobile and Call of Duty, offering youÂ 20% faster touch response, the latter will ensure you donâ€™t get audio feedback (shrill sound) when playing multiplayer games on speaker in the same room.

We have shown off the new gaming, as well as camera features (discussed below), in the YouTube video right here:

In its official press note, Qualcomm boasts that Snapdragon 888 SoC willÂ â€œtransform mobile devices into professional-quality cameras.â€Â The chipset comes equipped with aÂ new Spectra 580 ISP. The biggest upgrade this time around is a triple Triple Image Signal Processor (ISP), which means you will be able to capture 4K HDR videos from three cameras at the same time.

The Spectra 580 ISP allowsÂ â€œusers to capture photos and videos at 2.7 gigapixels per second or roughly 120 photos at 12MP resolution,â€Â as revealed yesterday. It supports up to 200MP photos, 10-bit color depth, slo-mo at 960FPS, Dolby Vision video recording, multi-frame noise reduction, and a lot more. 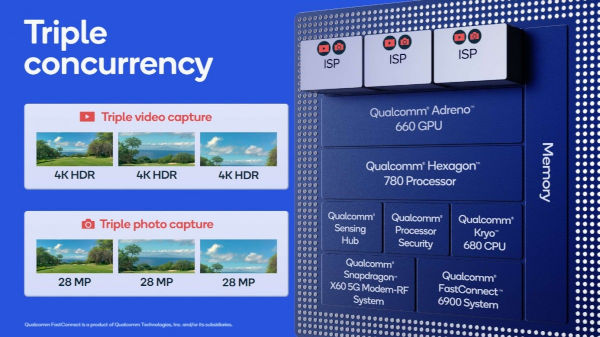 Snapdragon 888 phones will also enable you to capture burst photos in 120fps to make it simpler for you to click moving objects. The highlight will, however, have to be theÂ new low light architectureÂ that can apparently capture (bright) photos in as low as 0.1 lux lighting (near darkness). I canâ€™t wait to get my hands on a Snapdragon 888 phone that would offer even better Night Mode to users.

Snapdragon 888 chipset also comes equipped with a 6th-Gen Qualcomm AI Engine, along with the newÂ Hexagon 780 processor. The fused AI-accelerator architecture here helps provide an astounding 26 TOPS (tera operations per second) performance. Also, if we are to talk about the supported display specs, you will find up to QHD+ displays with 144Hz refresh rate and 4K displays with 60Hz refresh rate aboard phones powered by the new Snapdragon 888 chipset. It supports HDR10, 10-bit color depth, and more.

First up, Snapdragon 888 supportsÂ Hypervisor, enabling the chipset to run multiple operating systems and keep their data isolated from each other. This means if you have personal, work, and other profiles â€“ each with their own data, then you can instantly switch between them and they will remain completely separate from each other. This is great for security and privacy.

Also, Snapdragon 888 isÂ â€œthe worldâ€™s first camera compliant with the Content Authenticity Initiativeâ€. This has been made possible by a collaboration with the leading photo and video verification platform, Truepic. Phones backed by this chipset can capture cryptographically-signed images. This means you will be able toÂ â€œensure the validity and security of images before you share, purchase, or utilize.â€Â 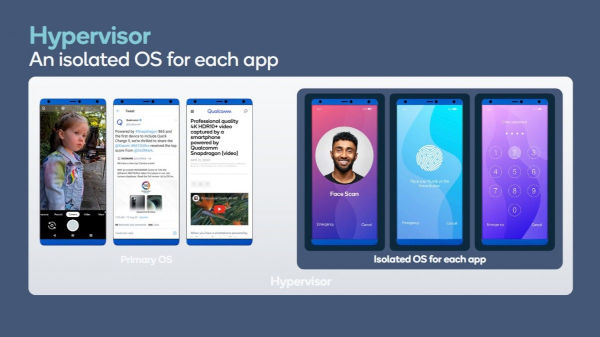 In response toÂ TechCrunch, Qualcomm revealed that Snapdragon 888 follows the Snapdragon 865 becauseÂ â€œThe number 8 is also a lucky number around the world. For some, it signifies infinity, success, or inner wisdom, while for others it symbolizes luck. For example, in India, the number 8 is known as Ashtha, Asta, or Ashta in Sanskrit and is the number of wealth and abundance. While in Chinese numerology 888 is a representation of triple luck.â€

When will Snapdragon 888 5G phones launch?

We have already compiled a list of Snapdragon 888 5G phones launching in 2021Â right here.

Which will be the first Snapdragon 888 phone?

According to rumor, Xiaomi is looking to announceÂ its Mi 11 flagship seriesÂ as early as January 2021. This means Mi 11 and Mi 11 Pro could possibly arrive as the first Snapdragon 888-powered phones.

It might closely be followed by the SamsungÂ Galaxy S21 series, launching in early February. The event slides did not have any mention of the Korean phone maker though.

So yeah, Snapdragon 888 5G chipset truly brings along some impressive gaming and camera features and we cannot wait to get our hands on smartphones powered by this chipset. Will Snapdragon 888 5G prove to be a lucky charm for 2021 Android phones and help them take onÂ Appleâ€™s A14 BionicÂ chipset? We will have to wait and watch.

Samsung Galaxy S21 To Come Cheaper Than The Galaxy S20