Tech giants one way or the other always find themselves in the center of controversy. For example, Google was recently caught conspiring actions to counteract strict EU rules. Now, it seems Russia has smelled some dubious activities by US Tech giants such as YouTube, Twitter, and Facebook. 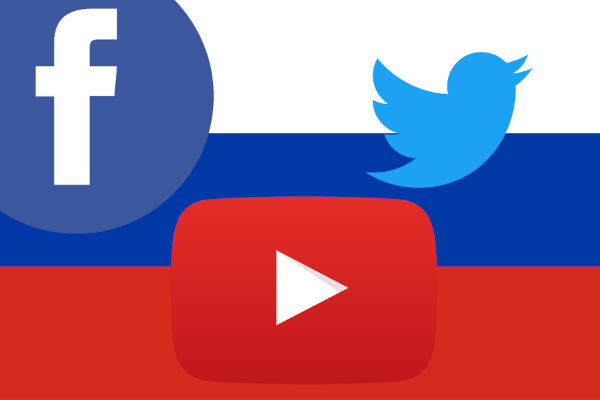 First reported by Financial Express, the Russian Parliament has drafted legislation against the US tech giants. Accordingly, regulators willÂ blockÂ social media platforms likeÂ Facebook,Â Twitter, and Googleâ€™sÂ YouTubeÂ if they are found guilty of censoring Russian peopleâ€™s content. With this legislation, the parliament planning to restrict the companies which have been circumventing their drawbacks lately.

The reason for this development is said to be the increasing order of complaints against these companies. In fact, the censoring of content hasnâ€™t spared the Russian media too. This move also comes at a time when other countries likeÂ Britain are considering rules to regulateÂ these companies.

That said, the legislation has already been passed by the lower house of the parliament(State Duma). A statement from the countryâ€™s parliament says the relevant authorities would not spare any company if they limit information based on language/nationality.

In case you are unaware, the Russian parliament is termed the Federal Assembly. It has two houses- Upper(Federation Council), Lower(State Duma). For legislation to turn into a law, it needs the approval of two houses and the consent of the President. Out of this, the above-mentioned legislation will be up for approval at the Federation Council now.

According to reports, these are just for formalities and the Russian Govt has already upped the Ante on combating online extremism. Among the accused names, Twitter recently got a fine of $547,000Â from Irelandâ€™s DPC.

However, Google and Facebook are currently facing anti-trust issuesÂ in their own home country, the US. Anyway, the State Duma says other websites that carry out such unfair practices would also be banned. Letâ€™s play the waiting game to see how this situation turns out.

Google To Invest $25M On YouTube. Wants To Make It Better...