One of the much-awaited features on WhatsApp has finally been announced by the company and it’s expected to be available to some operating system in the next few weeks.

With â€œdisappearing messagesâ€, any message you set to disappear after a while will beÂ automatically deleted from the chat! A message is eligible to be disappeared when the chat is marked as â€œdisappearedâ€.

You can send messages that disappear on WhatsApp by enabling disappearing messages. Once enabled, new messages sent in the individual or group chat will disappear after 7 days. The most recent selection controls all messages in the chat. 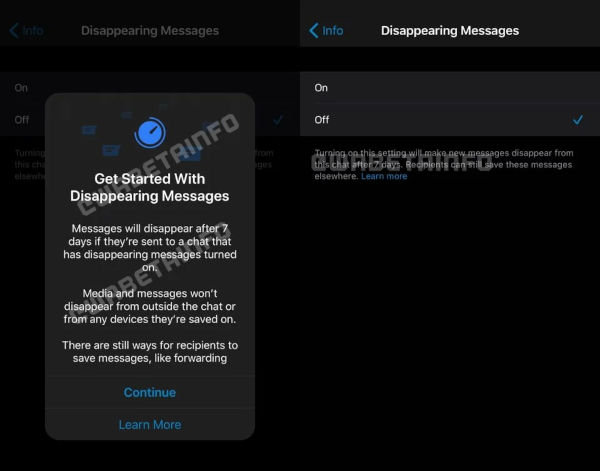 Everything You Should Know About Disappearing Messages

Note: Only use disappearing messages with trusted individuals. For example, itâ€™s possible for someone to:

WhatsApp also announced that iOS, Android, KaiOS, and Web/Desktop will get the feature when it rolls out in the next few weeks.

How to enable a bottom navigation bar in Google Chrome on...