Expectations have been high concerning the release of the Tecno POVA smartphone by the Trassion-Holding company, the parent company of Tecno mobile. The renders and specifications of the smartphone was revealed in September. Tecno has now officially launched the smartphone in Nigeria. 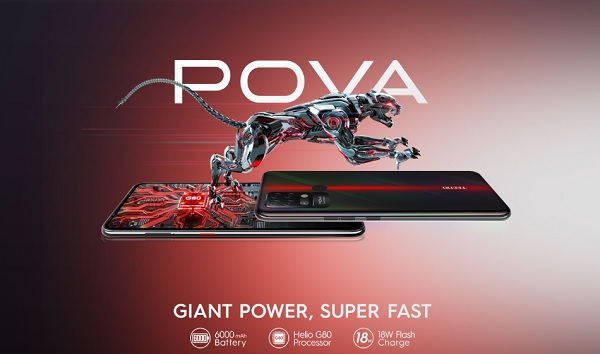 Tecno POVA is a decent mid-range smartphone which seems to be designed for gaming considering the monstrous 6000mAh battery onboard which can “last a century.” Lol. The POVA packs a 6.8-inch display with a punch-hole design for the selfie camera. The phone has a dimension of 171.2 x 77.57 x 9.4mm, weighing in at 185g.

The rear panel is manufactured with stylish Multilayer Graphite + Thermal Conducive Gel which improves the heat dissipation and reduces charging temperature rise. It comes in glossy texture and is available in there color options. 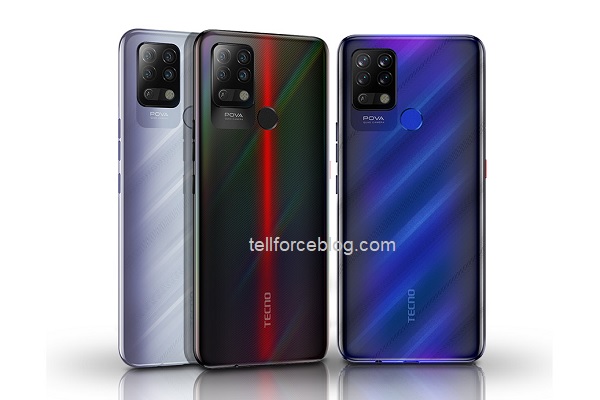 There is a Quad camera setup at the back arranged beautifully at th top left corner of the panel. The sensors include a 13MP F/1.85 aperture clear lens, 2MP depth control lens, 2MP macro lens for ultrawide and a 0.3 MP lowlight AI lens as well as a super quad flash. 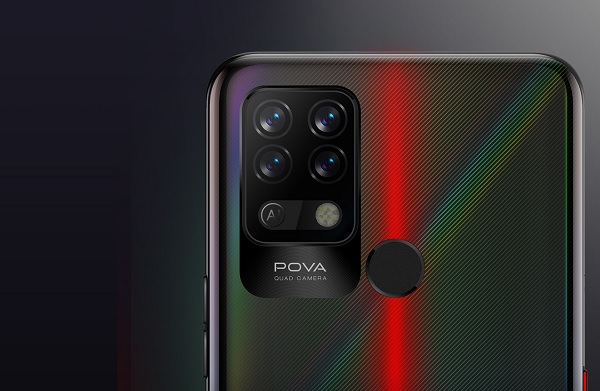 The Tecno POVA is powered by a MediaTek Helio G80 chipset paired with 6GB of RAM and there is 64GB storage onboard. The phone runs on the custom HiOS 7.0 based on Android 10 OS.

As stated earlier, the device boasts of a mammoth 6000mAh Li-polymer, non-removable battery. The phone comes with support for 18W dual IC flash charge. There is equally a rear-mounted fingerprint sensor on the device.

The price of the device is yet to be revealed but apparently, it is on sale already in the Philippines for P6,999 ($145) via TECNO MOBILE Official Store in Shopee.