Samsung has started rolling out its second One UI 3.0 beta to the Galaxy Note20Â andÂ Note20 Ultra two weeks after it seeded out the first update to users. The new update carries the N98xxXXU1ZTJQÂ build number and is focused on fixing bugs and issues from the previous release. 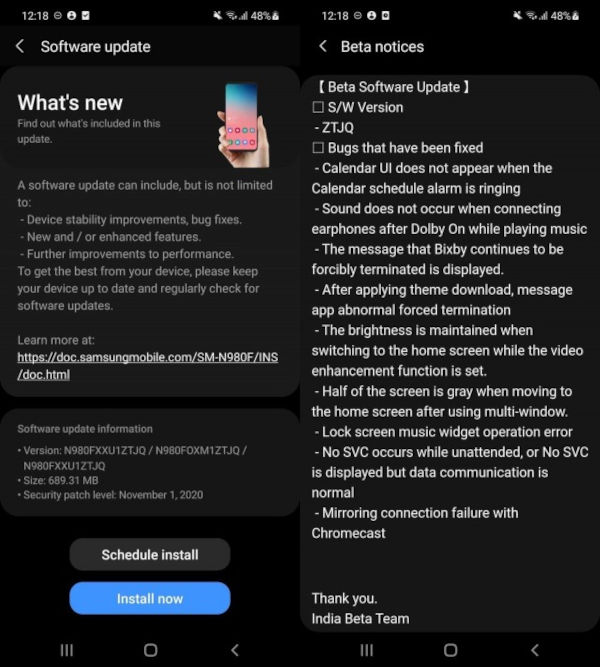 To get the update, you will need about 690MB and it’ss currently seeding to users in India. The UK, Germany and US are expected to be next in line for this update. The November security patch is also part of the new beta build.

ALSO READ:  "Anytime you discover that I am corrupt, expose me." - says Magu, after Senate rejected him
Advertisment