Fujitsu Arrows NX9 F-52A has been launched in Japan as the latest 5G smartphone from the Japanese tech giant. The handset offers modest specs but its design is similar to Galaxy Note10. Above all, it is the first non-SamsungÂ smartphone with a centered punch-hole OLED display. 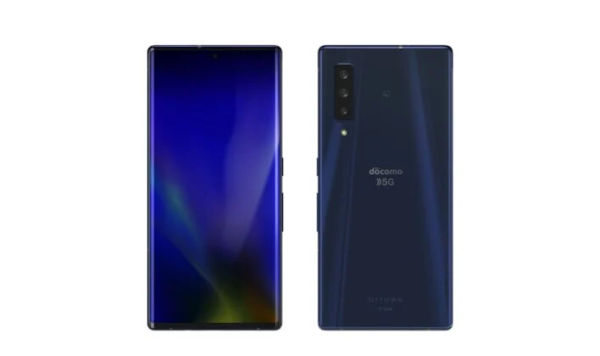 The Fujitsu Arrows NX9 F-52A is powered byÂ QualcommÂ Snapdragon 765G just likeÂ LG Velvet and OnePlus Nord. This chipset is further paired with 8GB RAM and 128GB internal storage. Since thereâ€™s no info on the microSD card slot, we donâ€™t think that the device has it.

The is built around a 6.3-inch FHD+ OLEDÂ display with a punch-hole at the top center nesting a 16MP selfie camera. Thereâ€™s also a fingerprint sensor underneath this screen. Whereas, the back of the device houses a vertically aligned triple camera setup consisting of a 48MP primary sensor, an 8MP ultra-wide unit, and a 5MP depth sensor.

As for the build, the handset features a glass sandwich design with a metal frame. It is also IP65-certified for dust and water resistance. Unlike most phones in the market, it also sports a 3.5mm headphone jack and supports Dolby Atmos.

For connectivity, the smartphone comes with dual-band WiFi 5, Bluetooth 5.0, and SA/NSA 5G. It also features GPS and NFC for contactless payments. Last but not least, the device measures 152 x 72 x 8.5mm in dimensions, weighs 162g, runsÂ Android 10, and is backed by a 3,600mAh battery that charges via USB Type-C port.