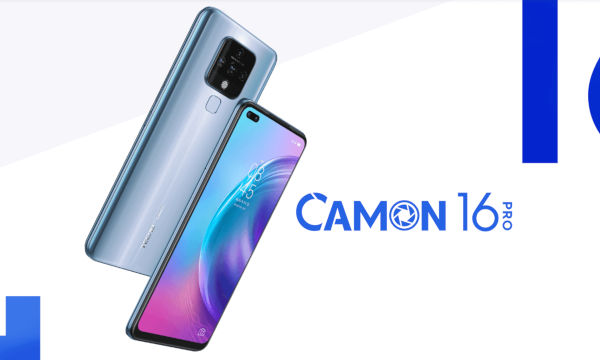 Just like the Tecno Camon 16 Pro is powered by the Helio G70 SoC, runs Android 10 with HiOS 7.0 on top. However, this time around you will get a 6GB RAM and 128GB storage onboard. The smartphone also comes with a dedicated slot for a microSD card that allows storage expansion.

The phone is also built around a 6.8-inch display of HD+ resolution, that houses dual selfie sensors in the top-left corner – 16MP selfie camera and an AI cam.

Around the back of the Tecno Camon 16 Pro, there’s a quad camera setup, which is a combination of a 64MP primary, 8MP macro, 2MP depth and an AI Lens unit. These are joined by a fingerprint reader for biometric authentication and come with Night Portrait Mode, 10x Zoom, Slow-mo Video Recording, and Video Bokeh. 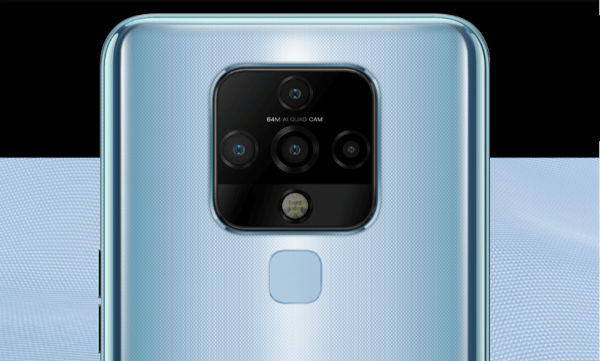 The Camon 16 Pro also comes with a feature called Eye Autofocus â€“ for front and rear cameras â€“ which Tecno says â€œenables one to stabilize focus around the eyes and makes the portraits sharpâ€.

Just like the regular model, the Helio G70-powered smartphone also has a feature called Super Night Shot, which is powered by TAIVOS (TECNO AI Vision Optimization Solution) that filters the image noise and optimizes the photo and video quality.

The Tecno Camon 16 Pro is fueled by a 5,000 mAh battery that charges at up to 18W through a microUSB port. 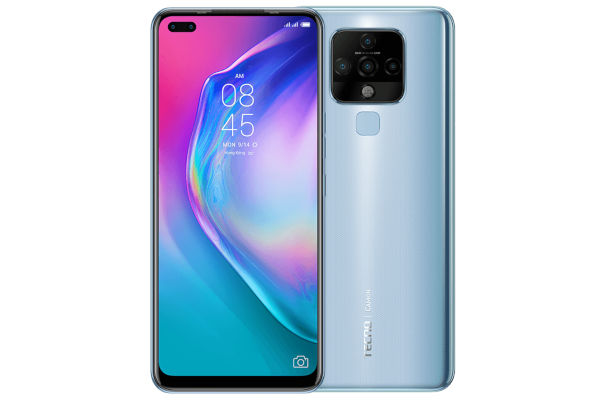 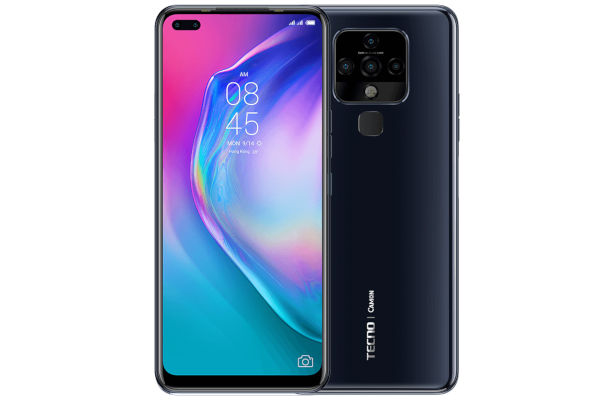 The Tecno Camon 16 Pro comes in Onyx Black and Ice Crystal Blue colors. The price of the phone is yet to be confirmed but will be available in Asia and Africa.