Google launched the Pixel 5 yesterday and alongside it, the company has also introduced a new â€˜Hold for Meâ€™Â feature to theÂ Google Assistant. According to Google, this will help you eliminate the waiting time when speaking to customer support.

The newÂ featureÂ helps by staying on the line for us when a customer care call is on hold. In the meantime, users can carry on with their work. If a human picks up the call, it will notify via vibration, notification, and a sound so that we can pick it up and continue. Accordingly, it will also ask the receiver at the other end to wait while you pick up the call. This is a nifty little feature and saves minutes of waiting to a pre-recorded music and messages while contacting support service. 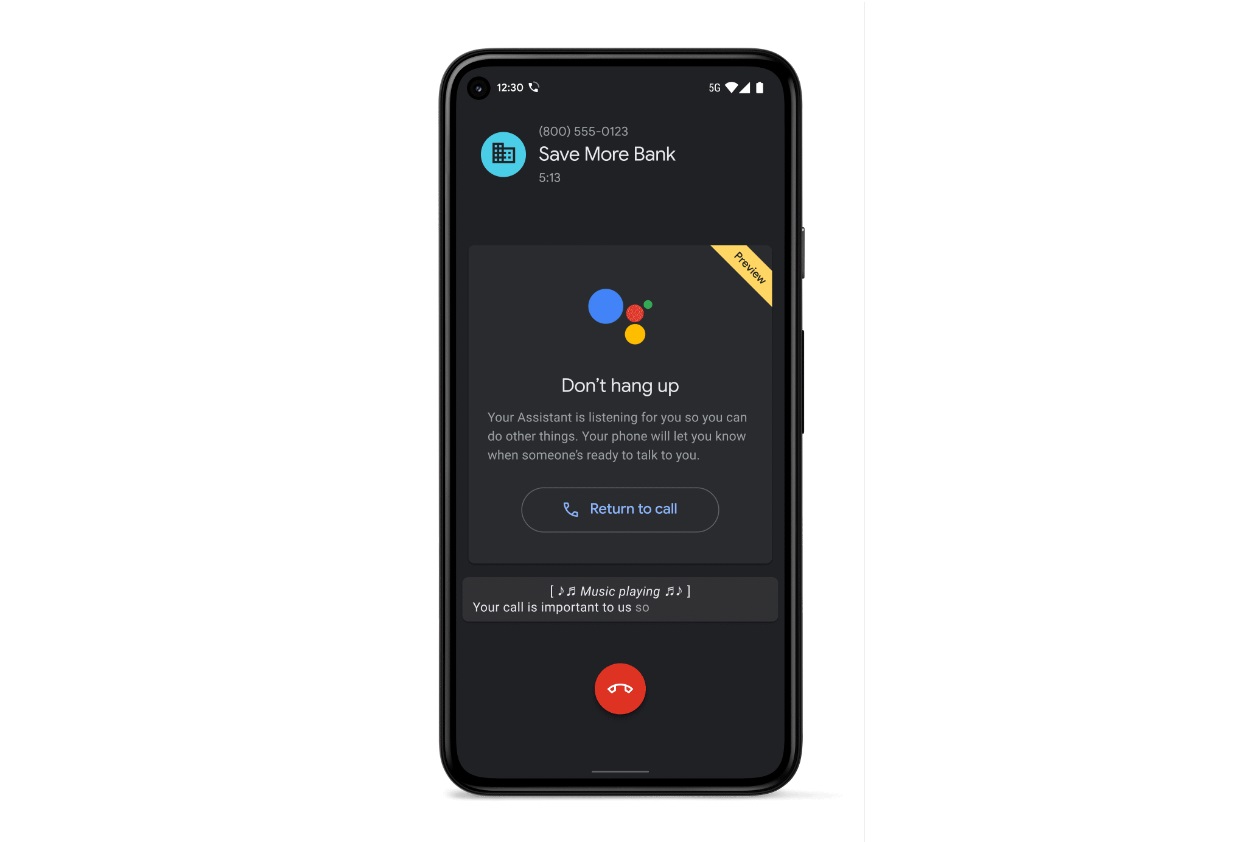 Besides, users can also keep track of whatâ€™s happening by using a real-time transcription feature. For instance, if music is played on the other end, it will show as â€œMusic playingâ€. The feature will be available for activation from Googleâ€™s settings. Once turned on, a button on the phone screen besides option like speaker, hold, mute while on a call. After selecting it, the Assistant will take over the call. Now, a page with â€œDonâ€™t hang upâ€ and â€œreturn to callâ€ button appears.

Google says the feature usesÂ Google DuplexÂ andÂ Call ScreenÂ technology to perform the task. Google launched the AI-based Duplex feature in 2018 that helped people make reservations at a restaurant through Google Assistant. Moreover, Call Screen is an automated feature that helps to filter spam, marketing calls by understanding the purpose. That said, the new Hold for Me uses natural-voice response just like the other two.

However, the Hold for Me works for the whole device and hence, we canâ€™t play any other music or audio files simultaneously. This way we can be sure that nothing is heard beyond the assistantâ€™s voice. That said, â€œHold for Meâ€ is available for users of Pixel 4a 5G andÂ Pixel 5 5GÂ only in the US as a â€œpreviewâ€ feature. It supports only English calls of toll-free numbers and not local businesses as of now. But Google says, older pixels will get it via â€œpixel feature dropâ€ rollout soon.

Oppo A93 Specifications and Price