Back in February, the Samsung Galaxy M31 was unveiled and was then followed upÂ with theÂ Galaxy M31s in July. Now Amazon.in has revealed that the Korean company gearing up to add a new member to the M series, called Galaxy M31 Prime.

A promoÂ page appeared on the website of the Indian division of Amazon, and reveale the design and specifications of the new version of the Galaxy M31 Prime.

As you already understood, the new Galaxy M31 Prime will be powered by Exynos 9611 paired with 6GB of RAM. The manufacturer has prepared two storage options â€“ 64 GB and 128 GB. The smartphone will be powered by a 6000 mAh battery, which can be charged via the USB-C port with a capacity of up to 15 W. The manufacturer did not forget to leave a 3.5 mm headphone jack. 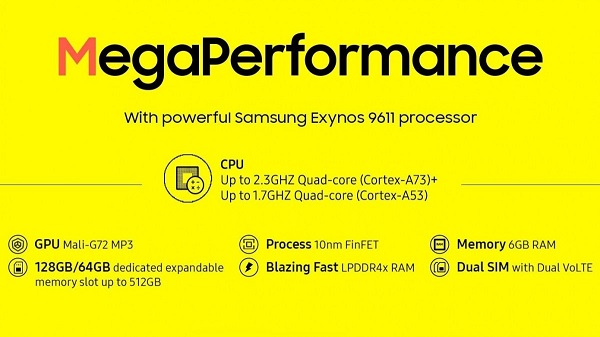 The set of cameras will hardly differ from the M31s. Only the ultra-wide will be worse. Instead of 12 megapixels, we have only 8 megapixels.

Another minor difference for the Galaxy M31 Prime will be the location of the fingerprint scanner, which has moved to the back cover. 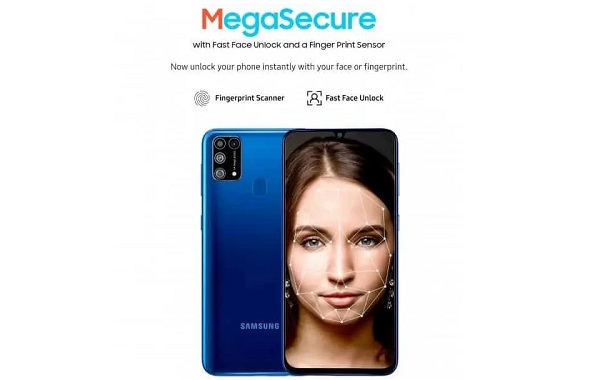 Considering that the new version of the Galaxy M31 is almost indistinguishable from the already improved M31s, many do not understand at all how the manufacturer will position itself. Whether Samsung will make it cheaper or more expensive? the price tag is still not known either. One thing is clear â€“ the company is ready to release many products, and the main thing is to get rid of old chips as soon as possible.

It is worth mentioning that earlier at the end of July, Samsung has officially launched the Galaxy M31s smartphone with similar specs and design, and here is a reminder of its specifications.