This is an interesting battle between two Samsung smartphones because you don’t get to see this everyday, especially when both devices are as closely related as the Samsung Galaxy A20sÂ andÂ Samsung Galaxy A21s. This match-up brings a successor against its predecessor, making for a very interesting comparison we have on our hands here.

We will start our comparison by zooming in on the features and specifications of both devices in a brief moment, while we also bring you the more pronounced differences between predecessor and successor. 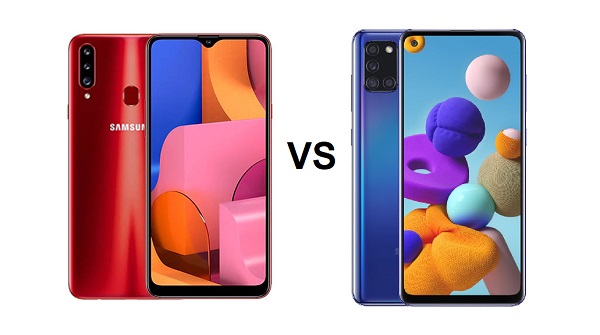 As is our custom, our first destination will be the specifications of both smartphones in a side-by-side manner.

Here, we take a closer look at what both smartphones have to offer us.

ALSO READ:  Nokia Is Working On The Best Gaming Smartphone

The A20s is a cheaper option than its successor, costing about â‚¦29,500 less than the A21s. It also features the same display size as its counterpart, albeit with a slightly smaller resolution than the A21s.

It supports high data transfer speeds (4G connectivity) and shares a number of features with the A21s, bringing the same internal and external storage space to the table.

The A20s offers great specs at a decent price point for buyers who want a solid mid-range device with a good performance.

The A21s offers a newer Android version compared to its predecessor and boasts a different chipset under the hood with faster processor speeds.

The A21s has a camera setup with more cameras and better-looking numbers than its counterpart. However, as most camera comparisons go, this is not a surefire way to conclude that the A21s will offer a better photography experience compared to its predecessor.

It offers more RAM and also boasts a bigger battery rated 5,000mAh, which keeps this smartphone powered up all day.

Today, we have brought up the past against the present, the predecessor against its successor, the Samsung Galaxy A20s vs Samsung Galaxy A21s in this match-up. Now, the most important question isâ€¦ which of these mid-range smartphones should you go for?

The A20s shares a number of specs as the A21s, with both devices offering the same display size and also bringing 4G technology to the fray.

The A21s offers newer specs compared to the A20s. It features the Android 10 OS and has a bigger battery compared to its counterpart. It also offers more RAM, a slightly higher display resolution, and more rear cameras.

The A21s is far more expensive than the A20s, but it offers great specs, a newer OS and a seemingly better camera setup. Both Samsung mid-range smartphones are very wonderful options with good features and great specs and are good buys for any buyer who needs a mid-range smartphone, but if youâ€™ve got some extra cash to part with, then the A21s is the device for you.