Apple’s iPhone 12 series was launched last week and now the company has revealed how much it cost to replace the screen of the device. Though the screen of an iPhone 12 was teased to be 4 times harder to break than the glass on its immediate predecessor – iPhone 11.

Currently, Screen replacement pricing is only available for the iPhone 12 and iPhone 12 Pro, as these are the only devices from the new range which are currently available to buy in the United States. 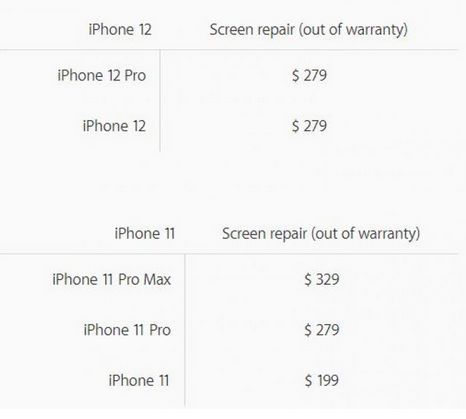 The morale of this article is â€œDo Not Break Your iPhone 12â€ screen if you ordered for one.

We Are Open For A Deal With Apple On Car Making...