WhatsApp will soon released one of the most anticipated feature by many users. This is about the support for simultaneous work from multiple devices with one account.

According to WABetaInfo, the function is already in the final stage of development. And the next step is that the WhatsApp team will launch an open beta test. The source recommends that anyone looking to try out the features make sure they are using the beta versions of WhatsApp for Android and iOS. 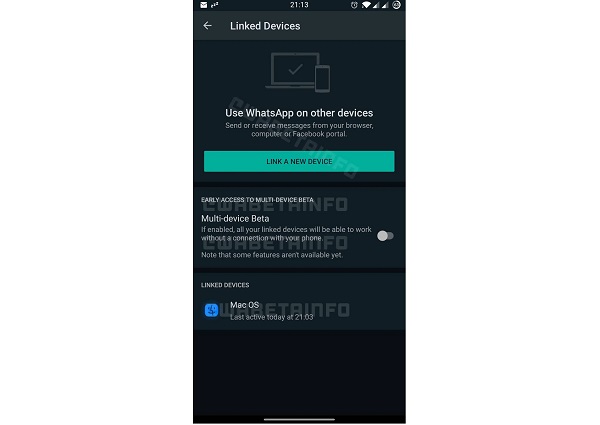 At the moment, the information about feature is that one WhatsApp account will be able to work on four devices at the same time.

WhatsApp users have dreamed of real multi-device support since the launch of the messenger in 2009. Synchronization between devices with the simultaneous work of WhatsApp is simply not provided. Currently, WhatsApp only allows one device to connect to an account. Even the desktop version of WhatsApp can only work in conjunction with a running application on a smartphone, â€œmirroringâ€ it.