Following its rolling out of an experimental â€˜audio tweetâ€™ featureÂ onÂ iOS back in June,Â  Twitter is now testing voice DMs. On Wednesday, the companyâ€™s product manager for direct messages, Alex Ackerman-Greenberg, informed The Verge that the feature will provide people yet another way to communicate on the platform.

â€œWe know people want more options for how they express themselves in conversations on Twitter â€” both publicly and privatelyâ€, he told the publication..

Interestingly, Greenberg sent the message to The Vergeâ€™s Chris Welch through a 20-second voice DM.

As you can see in the screenshot below, the voice message interface on Twitter will be relatively simple and clutter-free, with only a single â€˜Play/Pauseâ€™ button. The recipient can also report a message if they find it to be offensive or if they believe that the feature is being misused. According to Welch, the interface will offer an â€œin-line recording experience to make it easier to send these messages as part of the natural conversation flowâ€. 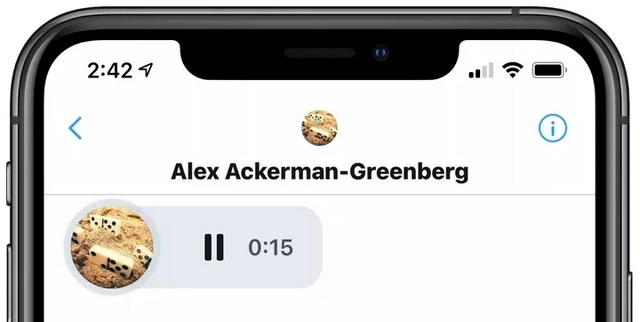 It is worth noting here that Twitter is not the first social networking platform to offer voice DMs. BothÂ FacebookÂ andÂ Instagram offer the feature on their respective platforms, but having it on Twitter might be a game-changer for many.

Audio DMs will initially start rolling out in Brazil before possibly expanding to other markets. There is, however, no ETA for a global rollout just yet.

Twitter users will be hoping that the new feature will be better executed than the audio tweets functionality which received scathing criticism for its half-baked implementation. In an interview withÂ Protocol, Twitterâ€™ Design chief Dantley DavisÂ accepted that the company was too hasty in rolling out the feature, but promised that things will be different going forward.

How To Get SIMO 10GB For N1 On Tecno Smartphones