Tecno Mobile has announced yet another version of the Spark 6 Air in India. This time around, you will get a new 3GB RAM and 64GB storage variant

The Chinese company took to Twitter to confirm the arrival of the new storage model. Although, formerly, Tecno Mobile launched the budget Spark 6 Air back in July. The device came with a single 2GB RAM and 32GB variant. Later, the company added a 3GB RAM and 32GB storage variant in August. Hence, the new 64GB storage marks the third memory upgrade of the Spark 6 Air smartphone. 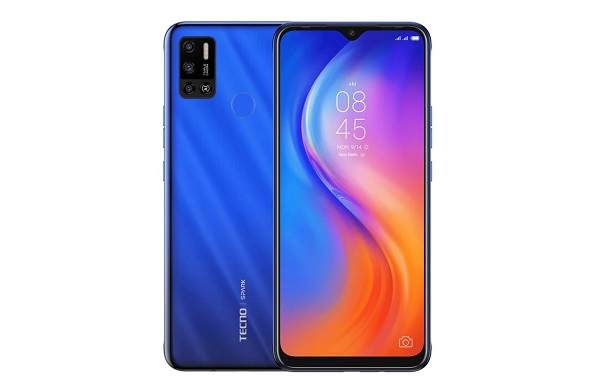 On the whole, the Tecno Spark Air 6 has three color variants – Cloud white, Comet Black and Ocean Blue. However, at the time of writing this article, the Cloud White color option is not listed on Amazon yet but we will have to wait till Friday to know more.

The Tecno Spark Air 6 features a 7-inch HD+ display with a resolution of 1640×720 pixels and a dot-notch screen. Apart from bring a 20.5:9 aspect ratio screen and converting 90.6% screen-body ratio, the display has a maximum brightness of 480 nits.

There is a power button and volume up/down buttons to the right, and micro-USB port and 3.5-mm audio jack at the bottom. At the back, we have a triple-camera setup, an LED flashlight, and a fingerprint sensor. Powering the device is Mediatek Helio A25 SoC.

The camera setup has a 13MP main lens and a 2MP depth sensor. The third sensor according to the company is an AI-sensor, which fills the gap to complete the symmetrical layout. At the front, there is an 8MP sensor for selfies. Tecno says the AI helps in bokeh mode, AR mode, AI HDR, AI Beauty, and more.

Other features include 4G LTE, Wi-Fi, Bluetooth, GPS, and a micro-SD slot for connectivity. All this is backed up by a huge 6,000mAh battery on-board. The Tecno Spark 6 Air runs HIOS based on Android 10. 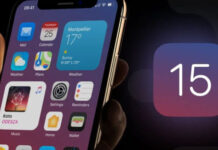 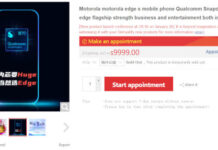 Motorola Edge S Is Now Available For Reservations in China

Checkout the iPhone X exclusive ringtone. How to down load it