Transsion Holdings, the parent company of Tecno; had in early this month unveiled the Tecno Camon 16 Premier, and it was tipped to later launch the Camon 16 and 16 Pro. However, those might not be the only one we are expecting in the series. The Tecno Camon 16s has now been spotted on the Google Play Console; revealing some of its key specifications 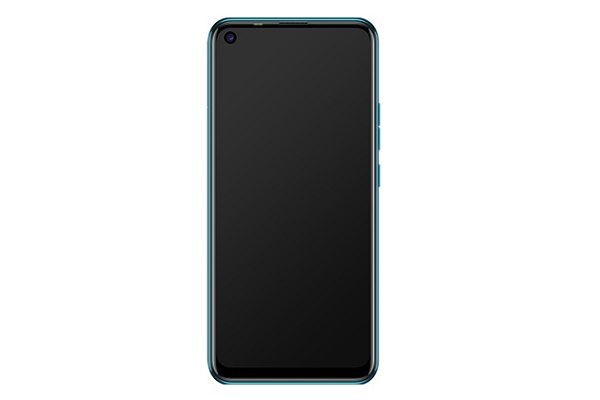 According to the listing, the upcoming Tecno Camon 16s will be powered by a MediaTek Helio P22 chipset with 3GBâ€™s of RAM; an HD+ display with a 720 x 1600 pixels resolution, and a punch-hole on the top left corner to house the selfie camera. Additionally, the phone will run on Android 10 based on Tecnoâ€™s custom skin. 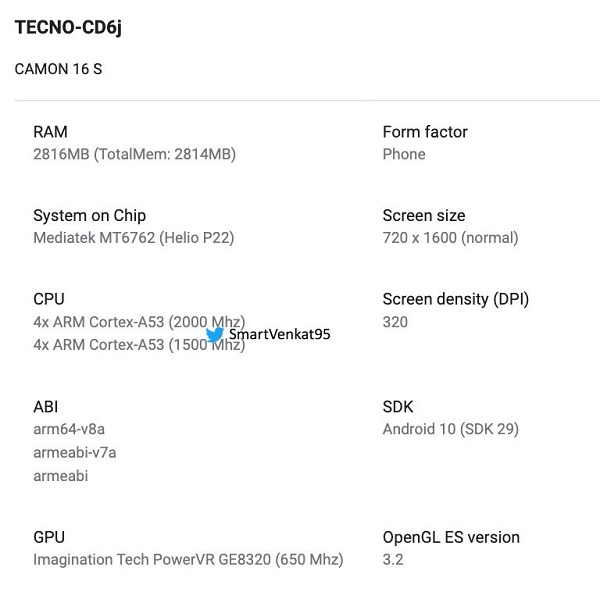 Going by the above-mentioned specifications, the upcoming Tecno Camon 16s will be a budget centric smartphone and will take on devices from other competing brands such as the Redmi 9 Prime from Xiaomi, the Realme C12 from Realme, and lots more.

Meanwhile, the recently launched Tecno Camon 16 Premier is powered by the MediaTek Helio G90T chipset. This chipset is one of the better offerings in the companyâ€™s LTE Helio G series and brings a gaming pedigree. This chipset runs with two ARM Cortex-A76 cores plus six power-efficient Cortex A-55 cores featuring a large L3 cache. It has a powerful Mali-G76 3EEMC4 GPU. Thereâ€™s 8GBâ€™s of RAM and 128GB of Internal Storage to go on with.

If youâ€™re familiar with Chinese smartphone makers, youâ€™ve probably heard of Transsion Holdingsâ€™ name. The giant conglomerate is behind popular smartphone brands like Infinix and Tecno. Devices under this brand may not be as popular as Oppo, Xiaomi, or Huawei handsets. However, both Tecno and Infinix brands are achieving good results in emerging markets from Africa and Asia.