The Royole FlexPai 2 has appeared on the TENAA certification website’s database. While the foldable device was previously announced earlier this year, most of its details still remain unknown. However, that has changed a bit as more details regarding the second gen of the foldable handset has surfaced. 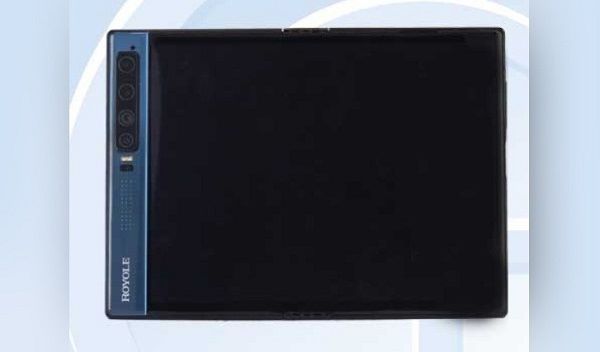 The company will officially launch the Royole Flexpai 2 on September 21, 2020. The new gen foldable smartphone will be powered by a Qualcomm Snapdragon 865 SoC with 8GB of RAM and either 256GB or 512GB of internal storage. The original, on the other hand, featured a Snapdragon 8150 mobile processor, paired with a 6GB RAM and 128GB storage variant as well.

The Flexpai 2 will have a 4450mAh battery, which is also slightly larger than the original, which had a 4,000mAh battery.

The upcoming model also arrives with Android 10 out of the box instead of the Android 9 on the first generation. Royole’s FlexPai 2 also sports the company’s third generation flexible display dubbed the Cicada Wings, which has a number of improvements over the previous models like a smaller crease and bend radius along with a higher overall brightness and better viewing angles. The new panel is more durable as well and can withstand any types of bends or rolling of the display.

Another improvement arrives in the form of optics, with the FlexPai 2 housing a quad camera module over the dual camera module on the first FlexPai. This camera system consists of a 64 megapixel primary lens along with a 16 megapixel and two 8 megapixel sensors.

Unfortunately, the pricing of the device is currently unknown, but it is confirmed to arrive in three color variants, namely, Magic Gold, Dark Night Black, and Star Grey.