HMD Global is worthy to attribute a decent success tag to its self in the smartphone market. The company has managed to restore some lost glory of Nokia in this segment as it has gained a foothold in the market and its products find their audience.

However, there some major problems, the manufacturer still faces. One is the inability to create a worthy flagship. This is a rather serious reputation barrier that HMD Global cannot overcome in any way. Despite trying to innovate with the camera, the Nokia 9 PureView received a cool reception, and the company has been postponing its successor for the second year in a row. Something is yet to be right with the creation of a top smartphone. 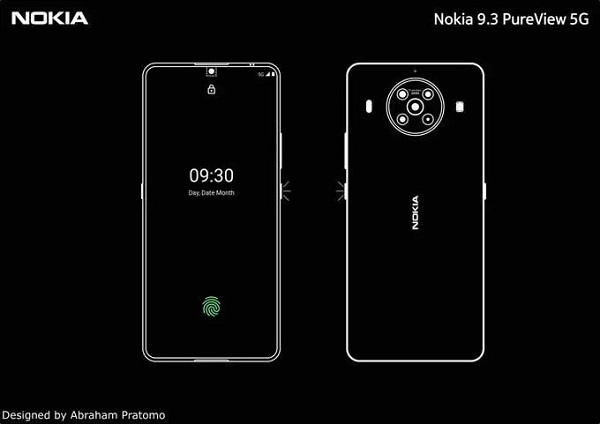 Nevertheless, Nokia 9.3 PureView is promised to launch in October, and a sub-screen front camera has already been mentioned among possible innovations. If the published render of the flagship is reliable, then the smartphone will indeed receive a camera under the display. They will definitely install an OLED matrix and offer a display fingerprint scanner.

It seems that the main camera will still offer five sensors, where, in addition to the main module, you can count on the installation of a telephoto lens and a width sensor. And they also promise that the smart itself will be compact and will offer small and symmetrical frames around the display.

realme Reveals Details On Its 108MP Cam Ahead Of Realme 8...