The LG Wing is finally official and it is a pretty remarkable device. To be honest, it is. The LG Wing is the first phone (product) from LGâ€™s Explorer Project and its unique design solves smartphone usage problems we have lived with. 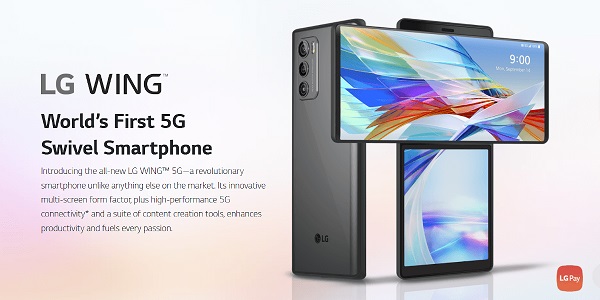 The concept of dual display used by LG Wing is a different. It has a main display that rotates 90Â° to reveal a smaller screen. Both screens work together to provide new usage scenarios and improve on existing ones.

With a design like this, durability is important. LG says the hinge which allows the main screen swivel uses a dual-spring, dual-lock, and hydraulic damper. All these work together to prevent disconnection, allows for a uniform distribution of force, and also absorbs shocks when swiveled. 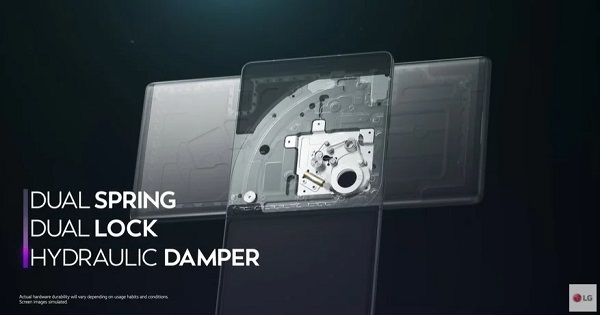 The company claims that the LG Wing was put through multiple durability tests including stress tests, shock tests, bending tests, and touch sensors and key press tests. The swivel was also tested over 200 thousand times.

So what about the inner screen getting scratched by the outer one? LG says it has applied a poly-oxy-methylene (POM) coating on the second screen that prevents it from getting damaged by the larger one. Just like a lot of LGâ€™s other phones, the Wing is also MIL-STD-810G certified. All these weighs just about 260 grams.

The LG Wingâ€™s swivel dual-screen form factor allows for a variety of usage scenarios. Some apps will automatically take advantage of the second screen when in the dual-screen mode such as YouTube which can display playback controls or comments on the secondary screen while the main screen plays the video. Music apps will also do something similar. If you are scrolling o your gallery, highlighted photos will show up on the main screen while the rest of the photos will be visible on the smaller screen. Video editing also works in a similar way. 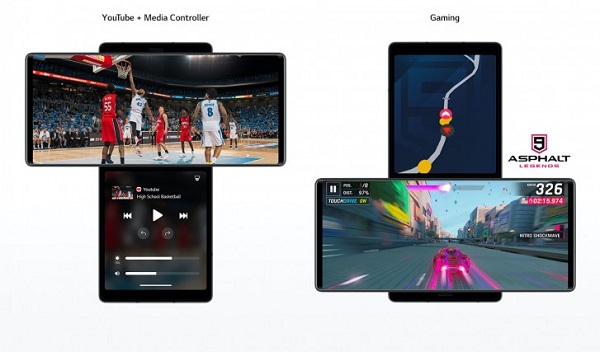 Another usage scenario is to use two apps at the same time: so you can watch a movie or live stream on the main screen while tweeting about it or taking down notes on the smaller screen. if you have frequently used apps, you can save the combination and quickly launch them whenever you want.

All these scenarios on a standard smartphone will either have you creating a split-screen or dealing with distractions while in a particular app. 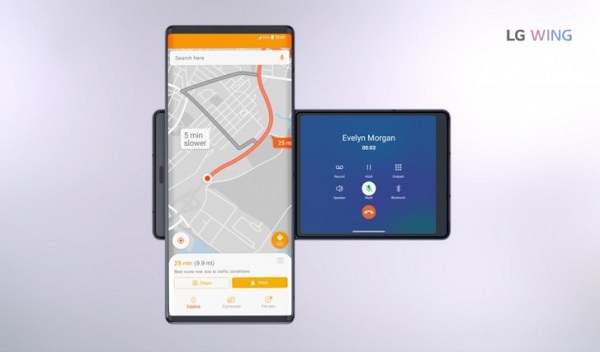 The LG Wing has a 32MP pop-up selfie camera, a first for an LG phone. The manufacturer has included a fall detection feature that causes the camera to retract when you drop it. This is a feature we have seen on other phones such as the OnePlus 7 Pro.

The back of the phone is home to three rear cameras arranged vertically and rocking a design similar to that of the Reno4. The primary camera (positioned in the middle) is a 64MP sensor and above it is a 12MP 120Â° ultrawide angle camera for shooting in swivel mode while the third camera is another ultrawide angle camera, but a 13MP sensor with a 117Â° FOV, for shooting in basic mode. 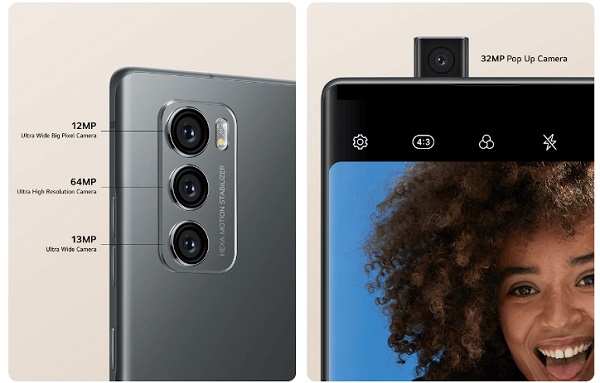 The LG Wing has an in-display fingerprint scanner, packs a 4000mAh battery, and has support for wireless charging. It is also resistant to splashes and LG says the internals have a waterproof coating.

*does not guarantee ruggedness or use in extreme conditions 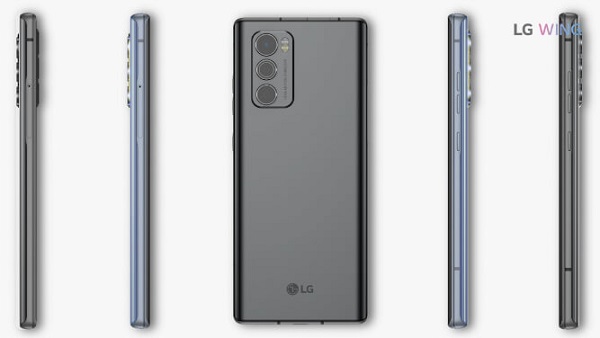 LG is yet to reveal the price of its new dual-screen smartphone neither did it say when it will go on sale. However, it has been reported that it will be available in the US.

OPPO Unveils ColorOS 11; Here Are All The New Features