Intel has launched its latest 11th Gen Tiger Lake processors for laptops. These new CPUs will power thin and light notebooks and will feature the companyâ€™s new integrated Xe graphics. 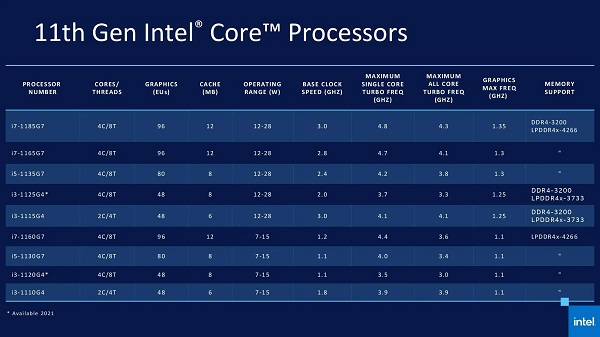 Intel will be launching 9 new 11th Gen chips for both its U series (now called UP3) and Y series (now called UP4) lineup. The latest generation will be led by the Core i7-1185G7, which features a 3.0GHz base clock and up to 4.8GHz turbo clock and a maximum boost clock of 4.3GHz. This chip also features Intelâ€™s Iris Xe integrated graphics that has 96 CUs and a maximum frequency of 1.35GHz.

Ultrabooks with thin and light design will feature these new chips and are expected to arrive later this year. Intel is aiming at a TDP of around 7W to 28W with these new chips, which also support Thunderbolt 4, Wi-Fi 6, and a notable bump in performance and battery life over its predecessor, the Ice Lake chips. At the moment, the company has provided various benchmarks comparing it to its primary rivalÂ AMD. However, we will have to wait for real world tests once these chips are actually available. 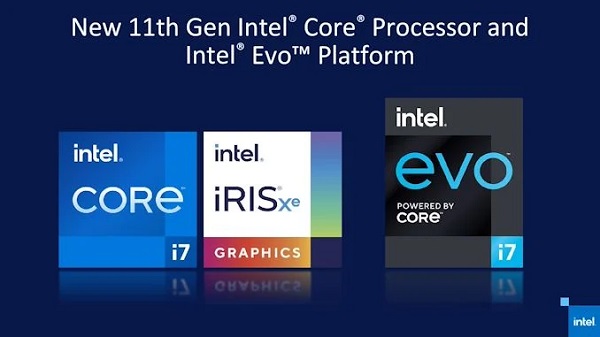 Notably, Intel is also betting big on its Xe integrated graphics with these new chips. According to official claims, the new integrated GPUs are offering a better graphical performance when compared to a 10th Gen chip running with anÂ NVIDIA MX350Â GPU. Keep in mind, that Xe is only available for i5 and i7 chips, while the i3 will still feature the Intel UHD Graphics. Notably, the company is also debuting a new iteration of its Project Athena certification standard, dubbed â€œIntel Evo.â€