Infinix has launched its Infinix X1 smart TV in Kenya. This is an indication that the smartphone manufacturer is in line with others to take over the smart TV markets. The new X1 smart TV comes in two models – 32 inch and 43 inch. 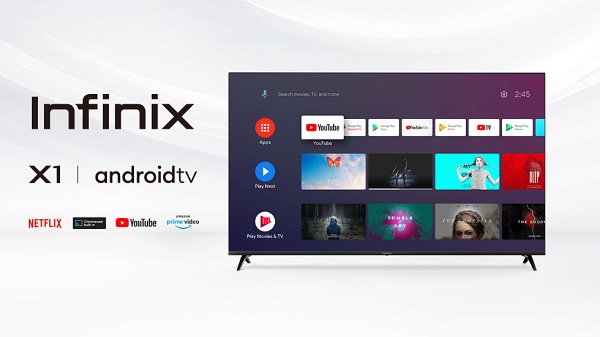 This is the cheapest of the series and comes with ‘budget’ specs compared to the 43 inch version. It comes with a 32 inch display size with 1366 x 768 resolution and a claimed 250 nits of brightness. The display is an 8 bit panel (16.7 million color) and has a claimed contrast ratio of 3000:1. It is a 60hz panel which is standard with a claimed insane response time of 6.5 ms. It has 8GB of internal storage with 1GB of RAM.

The ports are decent for the price. You have 2 HDMI 1.4 ports that support ARC (audio return channel for soundbars)/ HDMI 1.4 is good for upto 4K content at 30fps so it will be fine for casual watching. It has 1 USB 2.0 port, an AV in, 1 LAN, 1 headphone port and 1 optical out. The TV also supports DTV-T2/S2 which means it supports digital TV out of the box.

The TV supports Wi-Fi and supports Bluetooth 5.0 and Dolby Audio. Infinix also says it supports HDR10/HLG which is interesting to see. They also boast their EPCI 2.0 Image Engine which I presume makes the picture better while watching content.

It runs on Android TV based on Android 9.0. This means access to Google Play Store apps and also using Google Assistant. This means you’ll stream YouTube, Netflix or Prime Video which is great. They have inbuilt chrome cast that allows you to stream you content from your phone or tablet to your TV

This TV is rated to use only 55W and will come in black only.

The 43 inch is the more premium version of the duo, though it shares a lot of features with its cheaper 32 inch sibling.

The smart TV has the same Bluetooth 5.0 and WiFi support, same frameless design, same DVB tuner and same ROM/RAM. It also runs on the same OS. It also has inbuilt Chromecast like its cheaper sibling. 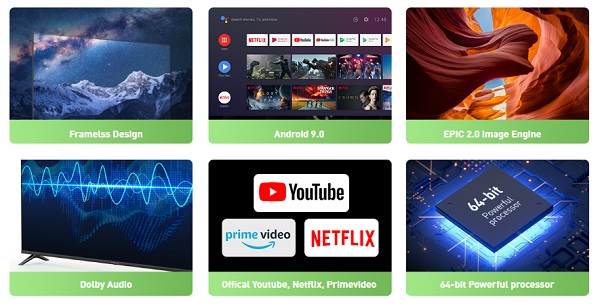 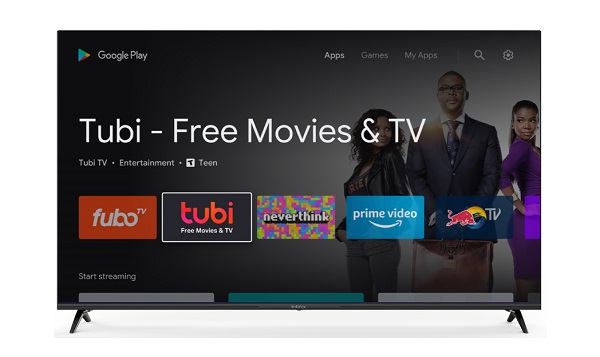 There are no words yet on their availability in other markets but we expect them to be available.