Back in May this year, Infinix mobility launched the Infinix Note 7 with a gaming chipset in Nigeria, and now, the phone is already gearing up to get a successor – Infinix Note 8.

Some key specification of the upcoming Infinix Note 8 has surfaced online via Geekbench and it’s possible that Infinix fans might also be getting another device with gaming chipset. 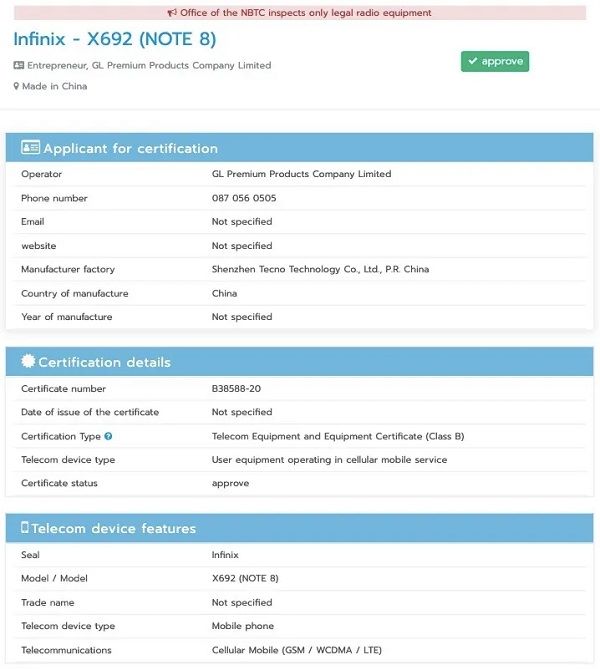 As seen in the NBTC certification authority image, the Infinix Note 8 (with the model number Infinix X692) has recently been certified. The device will be a 4G smartphone, and according to what is seen on Geekbench, it will come preloaded with Android 10 operating system, powered by an octa-core MediaTek Helio G80 processor. 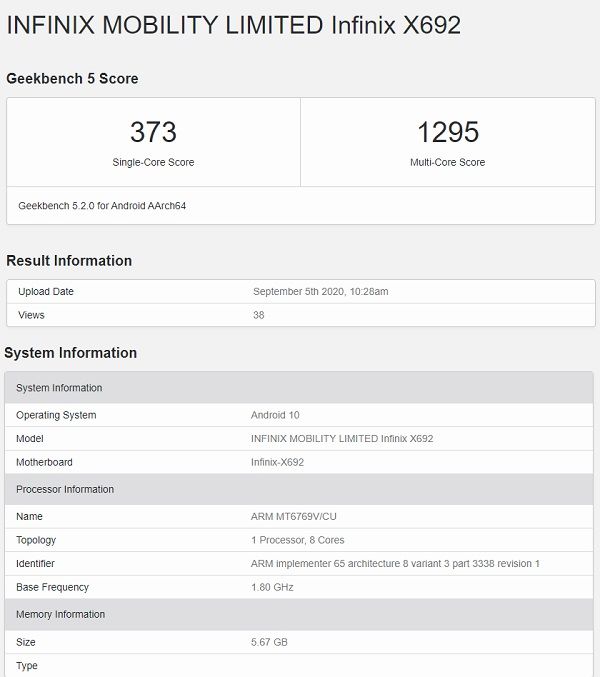 You will recalled that the Infinix Zero 8 was recently launched with a more higher chipset compare to this.

Based on the image above, the device will come with 6GB of RAM, but we can also expect to see other memory versions when the device is launched.

There are no words yet on when the device will be announced and other specifications about the upcoming device are still covered.