Huawei HarmonyOS Gets A New Logo

Last week, HarmonyOS 2.0 was launched at the Huawei Developer Conference. Yu Chengdong, Huaweiâ€™s managing director and CEO of consumer business, said that HarmonyOS is the first distribution system that is truly built for the â€œfull-sceneâ€ era. The system is the global version of HongmengOS 2.0. According to a Weibo user, @å‹‡æ°”æ•°ç å›, HarmonyOS now has a new logo. The text â€œPowered by Harmony OSâ€ is written in theÂ middle ofÂ the logo. 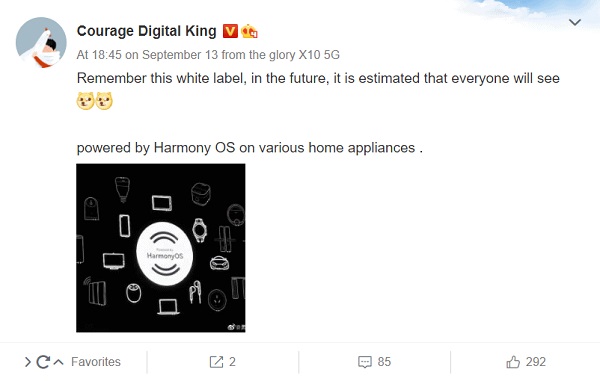 This logo will appear on mobile phones, wearable devices, smart home appliances, and other devices in the future. According to Wang Chenglu, president of Huaweiâ€™s consumer business software department, HarmonyOS 2.0 will expand from smart screens to more Huawei terminal devices. Huawei wearable devices, mobile phones, and tablets will soon join the Harmony family.

Huawei HarmonyOS 2.0 has officially released a beta version for application developers. The large screen, watch, and car version has been released on September 10. However, the mobile version will be official in December. Yu Chengdong also announced Harmonyâ€™s open-source roadmap: 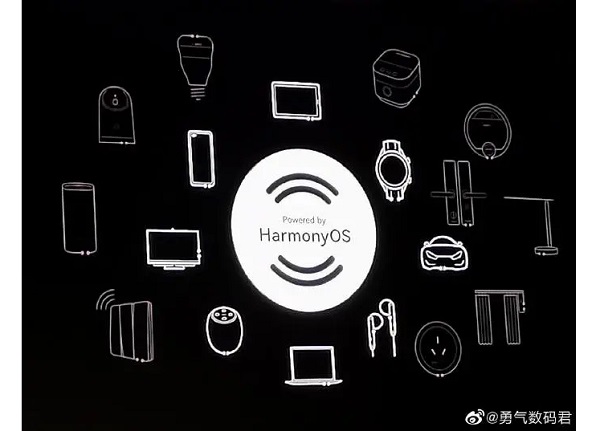 Yu Chengdong also said that Huawei will fully open Huaweiâ€™s core technologies, software, and hardware capabilities to developers and ecological partners. In terms of sharing, Huawei fully opens its global network and channels to its partners.

Huawei is currently fighting a very intense battle, especially with the American government. It is facing multiple bans that are affecting its business. Since the beginning of last year, all Huawei new phones do not come with Google Mobile Service. This means that no Play Store, no Gmail, and many other apps. In addition, it can no longer rely on TSMC to manufacturer its HiSilicon Kirin chips. This is as a result of the extended ban which the U.S. government imposed.

According to Yu Chengdong, the company will release the Mate 40 series with Kirin chips in September this year. However, this may be the last phone that will use Kirinâ€™s flagship processor. TSMC can not work on Huawei Kirin chips after September 15. This means that no new Kirin flagship can hit the market. According to Yu Chengond, the Mate 40 series will exhaust all the flagship Kirin chips. This is a very big loss for Huawei.

OPPO A32 Specifications and Price