Last month,Â Google launched the Pixel 4a smartphone and used the opportunity to officially teased the coming of its 5G variant at $499. However, the tech giant did not reveal the pricing of the Pixel 5. Now, a reliableÂ tipsterÂ Jon ProsserÂ has claimed that the Pixel 5 will be priced at $699. 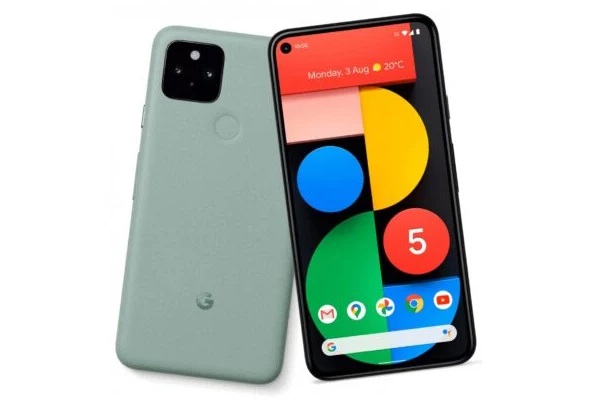 The tipster claimed that he is 100 percent sure that the Pixel 5 with 128 GB storage will go for $699. As compared to the Pixel 4a 5G, Pixel 5 comes with notable differences such as a smaller 6-inch 90Hz display, 8 GB of RAM, a slightly big 4,000mAh battery with wireless charging and reverse charging support, and an IP68 rated aluminum build. Because of these differences, the Pixel 5 will command an additional premium of $200.

The Snapdragon 765G powers the Pixel 5 and Pixel 4a 45. Both phones carry support for 18W charging and 8-megapixel front-facing cameras. The rear side of both phones features a square-shaped camera module with an OIS assisted 12-megapixel Sony IMX355 main lens and a 16-megapixel ultrawide sensor. Shown above are the leaked renders of the Black and Sage Green color variantsÂ of theÂ Google Pixel 5 smartphone that were recently released by notable tipster Evan Blass.

The $499 Google Pixel 4a 5G has some different features such as 6 GB of RAM, a 3.5mm audio jack, and a polycarbonate chassis. The Pixel 5 lacks a 3.5mm headphone slot. Both devices are also equipped with rear-facing fingerprint scanners. These devices also come with other common features like spectral and flicker sensor, nano-SIM, e-SIM, GPS, Wi-Fi 802.11ac, Bluetooth 5.0, GPS, and USB-C. The Pixel 4a and Pixel 5 are Expected to be launched on Sept. 30.

Samsung Galaxy Note10’s Camera Will Be The Same As Galaxy S10+’s...