Currently, only a few manufacturers still sells Android tablets in 2020. The popular two brands are Samsung and Huawei. The South Korean company had only recently launched Galaxy Tab S7 series as its flagship tablet devices. And now, it seems the company will soon release Galaxy Tab Active3 whose entire specs is already online.

The upcoming Galaxy Tab Active3 is expected to be the direct successor to Galaxy Tab Active2 from late 2017. Samsung’s Active series of tablets are targeted at industries, hence the long interval of 3 years between the launch of each new model. In case you are unaware, the first one in the series was unveiled back in December 2014.

A live image of the tablet that surface also revealed that it will come with three physical buttons on the front. 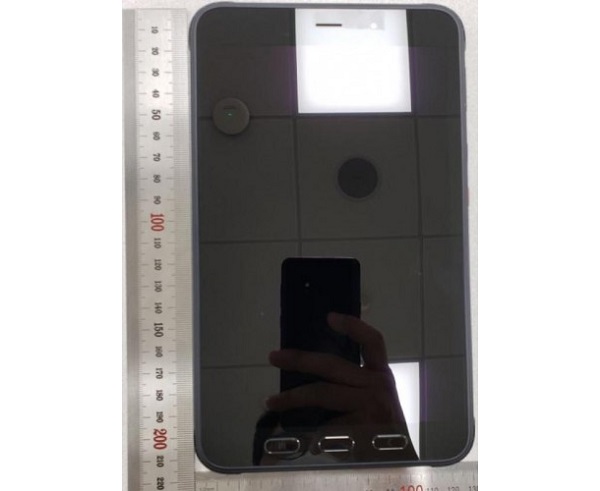 That said, the 2020 model was first spotted on Geekbench with model number SM-T575 in July powered by Exynos 9810 paired with 4GB RAM and Android 10 operating system. In case you are wondering, this chipset made its debut inside Galaxy S9 in 2018. 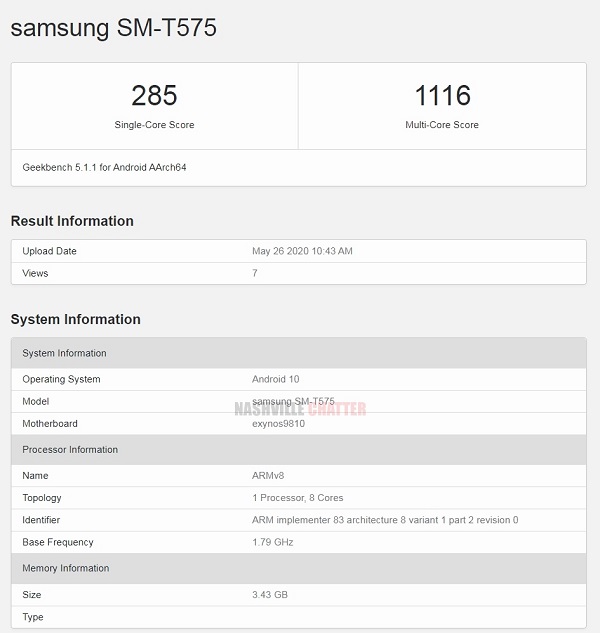 Now, an exclusive leak by SamMobile reveals the other remaining specs of this forthcoming Galaxy Tab Active3. According to the publication, the tablet will be MIL-STD 810 certified for durability and will be available in 64GB and 128GB storage configurations. Customers will also have an option to get it with LTE connectivity.

Further, on the front, the tablet will sport an 8-inch TFT LCD panel with a resolution of 1920×1200 pixels and three physical buttons below it for navigation as per SafetyKorea certification bureau. It will come with Bluetooth 5.0 and will also support S Pen with remote control option.

ALSO READ:  Foldable Phones You Should Expect In 2019

It will have a 5,050mAh battery and its launch date is not known at the moment. Anyway, since its a niche product, we expect Samsung to announce it via press release in the coming days like the Galaxy S20 Tactical Edition.