The Samsung Galaxy A series is known to come with new features before bringing them to the company’s mainstream smartphones â€“ Galaxy S lineup and Galaxy Note series. Hence, the worldâ€™s, as well as Samsungâ€™s first quad-camera smartphone was the Galaxy A9 (2018). Now, according to a new report, the South Korean tech giant will announce the Galaxy A72 in the first half of 2021 as its first penta-camera handset. 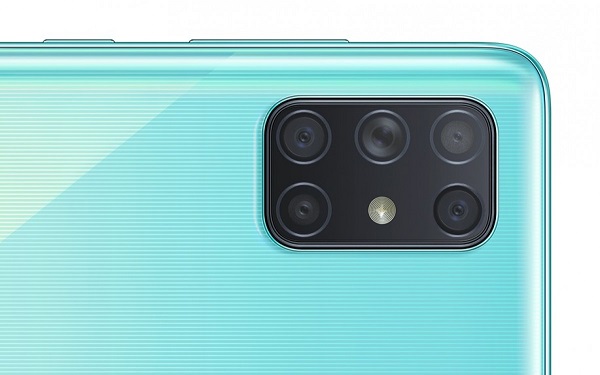 Currently, there are only a few smartphones with a penta-camera setup (5 cameras) from the likes of Nokia, XiaomiÂ andÂ Huawei. According to a report by The ElecÂ (viaÂ Abhishek Yadav), that will change next year

The publication claim that Samsung will not only launch Galaxy A72 equipped with a penta-camera setup but the overall camera modules included in per Galaxy smartphone will increase in the coming year.

Above all, the report also details the entire camera setup of the upcoming Galaxy A72.

The five-camera setup that will come with the Galaxy A72 seems to be impressive (at least on paper), sans the depth sensor. The new module in its setup (compared to Galaxy A71) is the 3x optical zoom camera from the Galaxy S20 series. Therefore, this forthcoming smartphone will be the first mid-range Galaxy device to come with such a camera.

That said, the report does not mention anything else about this handset apart from its cameras. Nevertheless, we expect it to arrive with a similar design as its predecessors with aÂ QualcommÂ Snapdragon processor and 5G connectivity.