Apple also announced a new Watch Series 6 alongside the iPad Air and Watch SE. The new Watch Series 6 retains the design of the previous Watch Series 4 and Series 5. However, this model comes with a number of new sensors which enables new features such as blood oxygen monitoring and better sleep tracking. 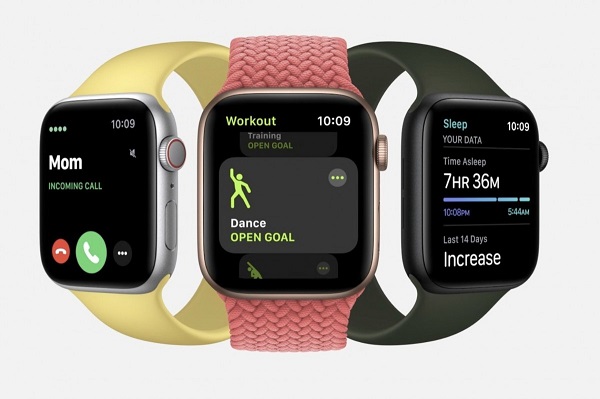 The blood oxygen level monitoring feature on the Watch Series 6 completes the process in about 15 seconds. This is accomplished using both red and infrared light. The company says itâ€™s partnering with health networks to start large-scale studies using the new blood oxygen measurement feature, including testing to see if it can detect if a person is infected with COVID-19.

Crammed inside the Watch Series 6 is a new S6 processor which is based on the A13 chip. The processor is an upgrade over the S4 and S5 chips that were used on the Series 4 and at yearâ€™s Series 5 models. Despite the improvement in the performance, the Watch 6 retains the 18 hours battery life of the prior model. It also comes with fast charging which can be refilled in about one and a half hours between charges.

Further, it comes with always-on display which Apple touts to be 2.5 times brighter than that of the Series 5. Itâ€™s also now possible to access notifications, Control Center, change watch faces, or tap on complications without fully waking the screen. Another new sensor is the always-on altimeter, which provides real-time elevation information.

The Watch Series 6 comes in gray, silver, gold, or blue aluminium finishes. There is also a new Product (RED) version that has a striking red finish on it. The stainless steel model is available in either graphite or yellow gold, but the silver chrome model appears to be no longer available. The top-end Edition model is available in natural or black titanium, but no ceramic options this year.

Apple says the aluminium models are made of 100 percent recycled aluminium, much like the newer MacBook Pro models. In addition, Apple is announcing a new strap called the â€œSolo Loopâ€ that is made from one piece of silicone, without any buckles or adjustments. It is available in a range of styles and seven different colors. There is also a braided Solo Loop made from yarn thatâ€™s available in five colors. Finally, Apple is releasing a new leather link strap. 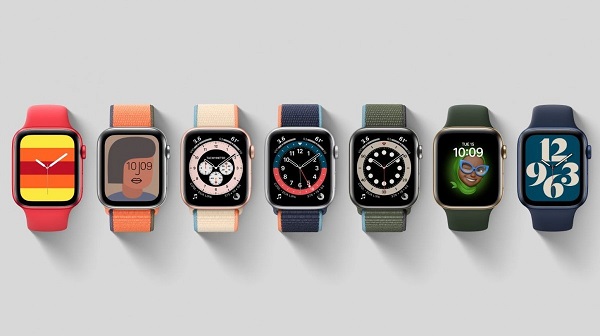 On the software side, the smartwatch runs on watchOS 7. The OS brings native sleep tracking support, a rebranded Fitness app with new workouts, a hand-washing feature tailored for the ongoing COVID-19 pandemic, richer complications, and the ability to share watchfaces with others.

Further, Apple also announced a new feature called Family Setup, which allows parents to set up managed Apple Watches for their kids who donâ€™t have iPhones of their own. Parents will be able to manage who the child can message or call from the watch, set up location alerts, add do not disturb modes for school time, and a new watchface will inform teachers that the watch is in DND mode from a glance. Family Setup requires a cellular Apple Watch model and will be available through a handful of carriers at launch.

Apple is also debuting a new service for the Apple Watch called Fitness Plus, a subscription service for virtual workouts and improved fitness tracking features.

As for the pricing, the Apple Watch Series 6 will retail for $399 for the 40mm model while the cellular models start at $499. The Series 6 is available to order starting today, September 15th and will start shipping on Friday, September 18th. Do note that Apple is implementing shipping the watch without a USB power adapter as part of efforts to reduce waste. 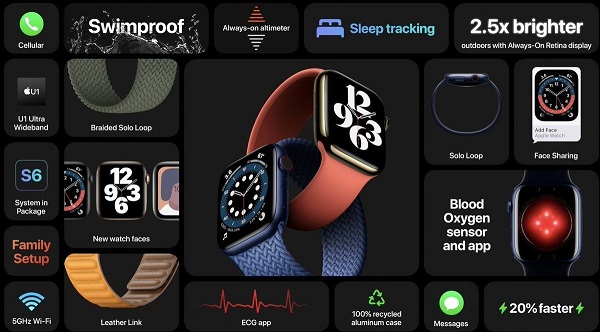 Alongside the Series 6, Apple also announced a new Apple Watch SE. The watch comes with a lower price tag than Watch Series 6. The Watch SE is a successor to the three-year-old Apple Watch Series 3 and it starts at $279; cellular models start at $329. Itâ€™s available this Friday, but you can order it today. 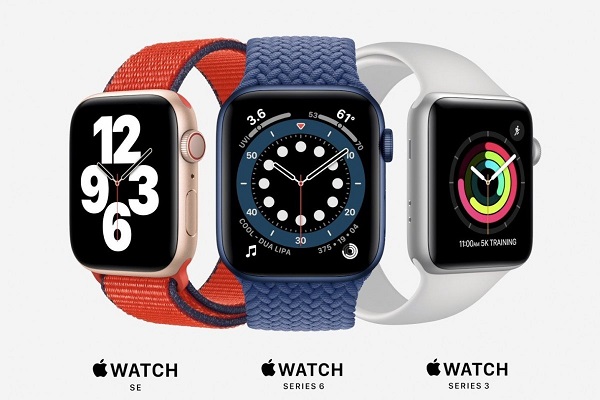 Despite the cheap pricing, the Watch SE comes with an array of features that are found on the Watch Series 6 such as built-in accelerometer, gyroscope, and always-on altimeter, as well as sleep tracking and hand-washing detection. The cellular models are also capable of making emergency calls, even internationally, with the Emergency SOS feature.

The watch uses the S5 System in Package (SiP) and dual-core processor, which Apple says will allow for up to two times better performance than we saw from the Series 3.Apple says the SEâ€™s Retina display is 30 percent larger than that of the Series 3. Itâ€™s also compatible with all Apple Watch bands, including the new silicone â€œSolo Loopâ€ and yarn â€œBraided Solo Loopâ€ that Apple announced during the event. 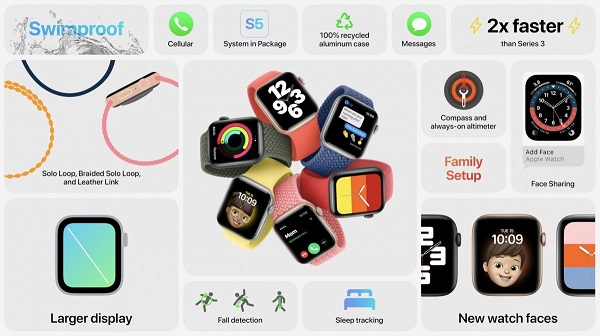 The SE will run watchOS 7 and comes loaded with a new activity app (â€œFitness Plusâ€), which includes workout tracking and virtual classes. Itâ€™s the first fitness service built for Apple Watch, and youâ€™ll get three free months with the purchase of an Apple Watch (itâ€™s $9.99 per month or $79.99 per year after that). 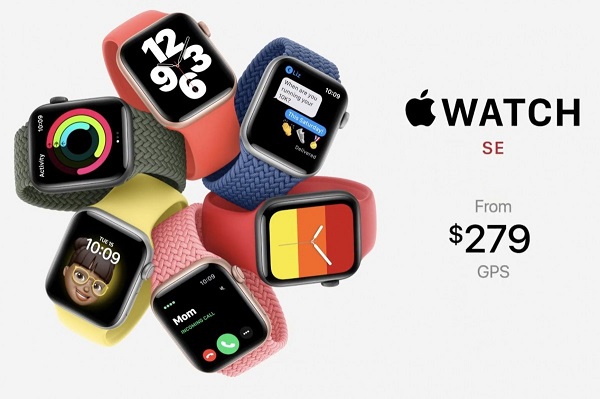 The Watch SE will also support Appleâ€™s new Family Setup, which allows parents to set up and manage Apple Watches for their kids, including features like message monitoring and location alerts. And youâ€™ll be able to share watch faces with others, using Appleâ€™s new Face Sharing feature. watchOS 7 comes with seven new watch-face options.