Foldable smartphones started a trend in the industry last year and since then companies have have been making their respective offerings stand out quite a bit. Samsung released a device with an inward folding display, while Huawei announced an outward folding screen. Similarly, the Moto Razr 2019 followed suit with a clamshell design and now, Oppo seems to be gearing up to launch a device that bends outward horizontally. 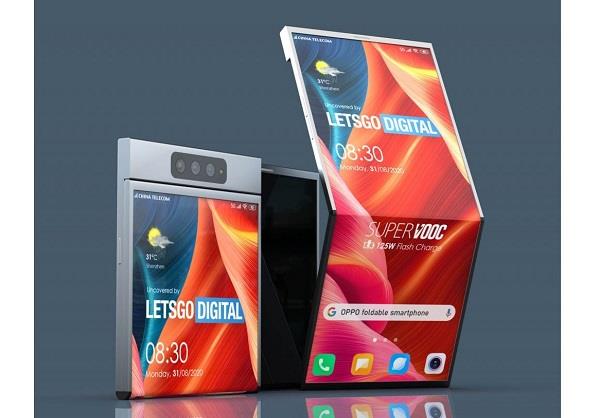 According to a report by LetsGoDigital, the Chinese tech company recently filed a patent for a foldable smartphone approved by the WIPO (World Intellectual Property Office). In the patent, an unique design is adopted by the bendable handset. Unlike the Galaxy Z Flip and Motorola Razr, the display bends outward, rather than the clamshell inward bending design the other two devices feature.

Looking at the detailed images in the patent, Oppo designed the smartphone to be compact and portable. While the display would be large when unfolded, being bent outward would still have the entire display being present outside, but make it easier to carry around, and also eliminates the need for a smartphone cover. This design would also allow the primary camera sensor to be used as a selfie shooter as well. 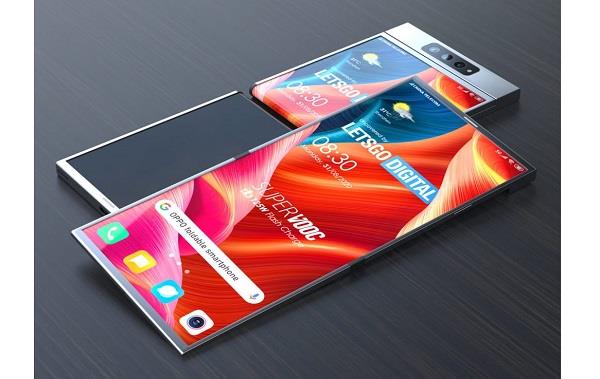 Notably, the Oppo patented device features an angle detection module, which calculates the angle between two housing. One housing is for the magnet while the other is for the Hall sensor. These determine how the device is being used, and by its extension, adjust the UI according to the display’s orientation. The folding mechanism is supported by a cylindrical hinge. Unfortunately, it is unknown if Oppo will actually develop such a device or whether this just the company’s attempt to cover all bases. So stay tuned.