Facebook has introduced official music videos to its platform, Which started this weekend. This is exclusive to the US market for now. The company is in partnership with major companies like Sony Music Group, Universal Music Group, Warner Music Group, and smaller labels. 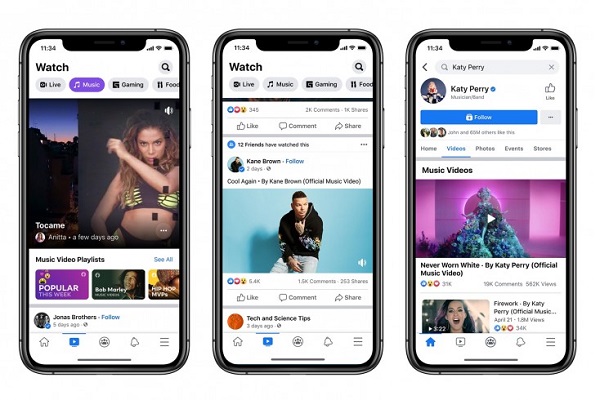 You have the ability to find the official music videos on Facebook Watch, where a new Music tab has been created complete with categories and themed playlists and the experience will become more tailored to your tastes over time.

There’s no info yet on when or whether the feature will be available to other markets in the globe.