After several months of waiting and according to Google, years of development, Nearby Share forÂ Android is finally official. The feature which lets you share files to nearby devices in a similar fashion as Appleâ€™sÂ AirDrop has been announced todayÂ for Android devices running Android 6.0 Marshmallow and up. 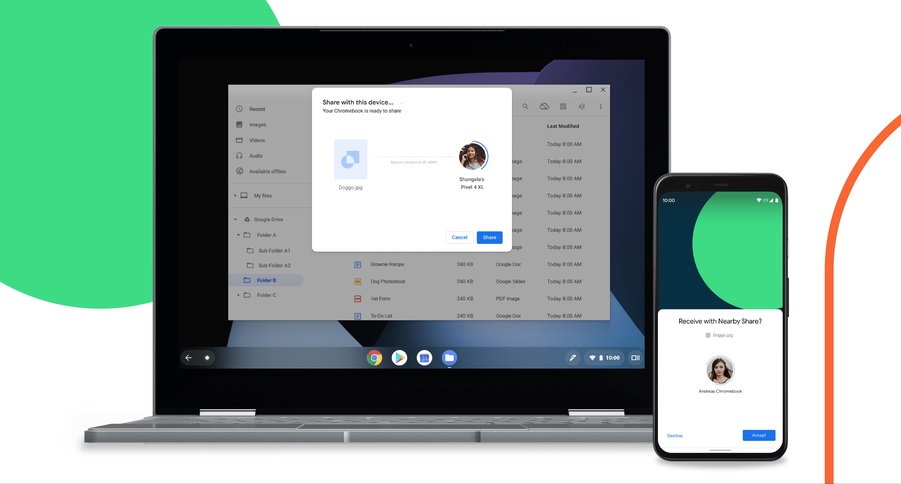 Though Android has never had a shortage of super-fast file sharing apps, Nearby Share is a built-in feature that requires no app and the good thing is that it is not manufacturer-specific. This means you can transfer to any Android device as long as it is running Android 6.0 and up.

The feature allows you to share files, photos, and links between devices easily. It will even automatically select the best way to send

Google takes privacy seriously with Nearby Share. When you share files with a device, the information of both the sender and receiver is fully-encrypted. Users can also choose which devices can see them. They also can allow all devices within range to see them or selected devices under their contacts. You can also choose to stay hidden.

It was also revealed that the feature will be coming to more operating systems starting with Chromebooks in a few months. Thus, allowing Android and Chromebooks to share files between devices.

Starting today, Nearby Share will be available first on select GoogleÂ PixelÂ andÂ SamsungÂ devices. Other devices will get the feature in the coming weeks.

What is uberGo? What Is The Difference Between uberGo, uberX and...