Infinix Zero 8 vs Infinix Note 7 – Which Would You Buy?

Zero and Note devices from Infinix are naturally a bit far apart in terms of competition, but we have readers that have been asking “which is better between the duo, hence giving us the reason to bring a battle of Infinix Zero 8 vs Infinix Note 7 to you for perusal and your knowledge.

These are two good smartphones from the same make, a Transsion Holdings-owned company and this brings a special feel to it, especially when both devices are as closely related as the Infinix Zero 8Â andÂ Note 7. Both mid-range devices offer a number of interesting features for observers to chew on, and today, we will take our time to put both devices side-by-side and see what they have on the plate for us.

Both Infinix devices were released this year, with the Note 7 coming 5 months earlier than its sibling device. Expectedly, they both share a number of specifications and features (they are from the same makers so itâ€™s not entirely surprising) but they also show a number of subtle differences that sets one apart from the other. And it is some of these differences we will dive deeper into in this piece.

Letâ€™s get right into the thick of things and show you a glimpse of what these Transsion smartphones have in store for us.

Our first stop will be the specifications of both smartphones in a head-to-head comparison.

Come with me and letâ€™s take a deeper look at the specs both smartphones have on show for us.

Infinix Zero 8 vs Infinix Note 7: Where The Zero 8 Has The Edge

The Infinix Zero 8 is awesome for picture lovers, as this smartphone boasts a better rear camera setup with better specifications and features. It also possesses a more capable selfie camera setup than the Infinix Note 7, providing users with better picture and video recording quality than its sibling device. 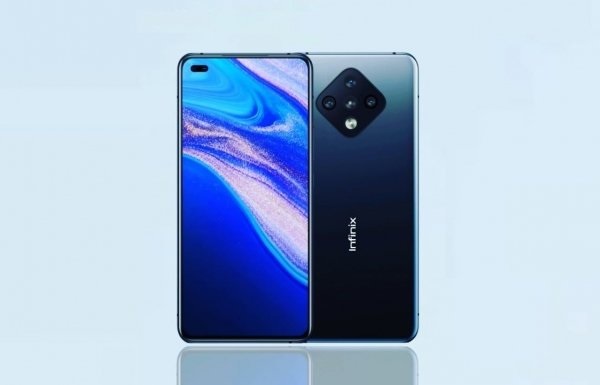 The Zero 8 offers a more recent software version than the Infinix Note 7, while housing a better RAM storage. The Infinix Zero 8 has a better screen resolution (with a 90Hz refresh rate) than its rival despite having a slightly smaller display, providing better clarity and image detail.

Infinix Zero 8 vs Infinix Note 7: Where The Note 7 Has The Edge

The Infinix Note 7 boasts a larger battery than the Zero 8, letting users enjoy more time surfing the web, watching their favourite shows, or enjoying their best mobile games. It also costs way less than its rival and should be your go-to if you want a device that costs less â‚¦100,000.

The Infinix Note 7 offers a higher storage capacity than the Zero 8. Though both devices share the same onboard storage capacity, this device offers more external storage via a microSD card.

Infinix Zero 8 vs Infinix Note 7: Who Comes Out Tops In This Battle?

Both devices have solid processors, offer 4G technology, boast good camera specs and offer long-lasting batteries. The Infinix Note 7 is a much cheaper option than its counterpart and should be your pick if you are looking for a device that offers decent specs at a lower cost.

However, the Infinix Zero 8 provides a better photography experience, a slightly newer software version, and a much better screen resolution quality than the Note 7.

It has a smaller battery than its rival, while also offering a lower external storage space. Also, the Zero 8 costs about â‚¦27,500 more than the Note 7, which is a lot of money that may see folks turn down this smartphone.

But when it comes to the features and the specs that both smartphones have to offer, the Infinix Zero 8 is a better pick than its mid-range sibling.

So, if you have the extra cash to splash out, itâ€™s best you opt for the Infinix Zero 8 ahead of its sibling device. And I daresay the Note 7 put up a good fight today, but when it came down to the finer details, the Zero 8 gained the edge over its lower mid-range counterpart.