Google launched theÂ Pixel 4aÂ earlier this month andÂ teased its 5G model alongside the Pixel 5, both of which are said to arrive on September 30. Google is yet to revealed any specs of these smartphones yet, but the CAD-based renders of the Pixel 5 that leaked yesterday showed us how its design looks like. And today more about the phone’s specs has surfaced online.

According to Android Central, the Pixel 5 will be powered by the Snapdragon 765G SoC and paired with an 8GB RAM and 128GB storage. Of course that is not a surprise since the smartphone was previously spotted on a benchmark database with this chipset. Unlike its 4G counterpart that has a Snapdragon 730G SoC at the helm, the Pixel 4a 5G will also have the Snapdragon 765G under the hood.

The Pixel 5 will sport a 6-inch 90Hz OLED screen, which is 0.2-inch smaller than 4a 5G’s display, but has the exact same footprint as the Pixel 4a due to smaller bezels. The screen resolution could be FullHD+ for both. 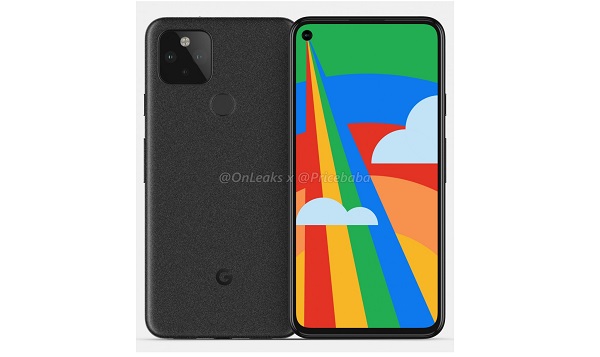 Pertaining the camera department, the Pixel 5 will feature a dual camera setup on the back, which will be a combination of regular (wide) and ultrawide angle cameras – the latter being a first for Pixel phones since Google has never used an ultrawide angle lens for rear cameras.

The Pixel 5 was previously rumored to pack a 3,080 mAh battery, whichÂ Android CentralÂ claims is false. The publication doesn’t have a specific number of the Pixel 5’s cell size, but says that it will be “considerably larger” than theÂ Pixel 4‘s 2,800 mAh battery, and the smartphone will support 15W Qi wireless charging and 5W reverse wireless charging.

Google has confirmed that Pixel 4a 5G will be priced at $499, but it gave no clue about the Pixel 5’s pricing. However, we are still over a month away from the rumored launch of Pixel 5 and 4a 5G, so expect to hear more about them in the coming weeks.

iPhone SE 3 With A14 Bionic Chip TO Be Announced In...