Gionee is gradually finding its feet once again in the mobile marketÂ after filing for bankruptcy. The Chinese brand has been focusing on India in addition to its major market which is China. There are indications that a new Gionee smartphone may be launched soon in India.

The product page for a Gionee model which is dubbed Gionee Max has appeared on Flipkart. The teaser poster on the page shows that the Gionee Max will be launched on August 25 at 2 PM IST.

Although the full specs of the phone are yet to be released, the poster promotes the Max as a superior budget smartphone that would be priced less than ($80). The Max may likely return as a large display model and will equally pack a big battery. 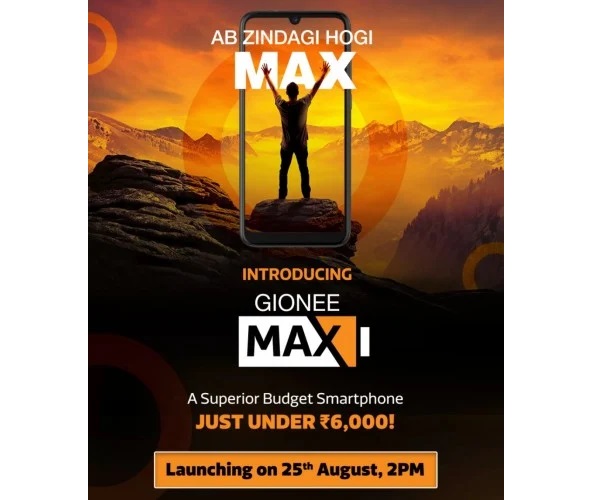 The battery capacity wasnâ€™t revealed but Gionee recently gotÂ TENAAÂ certification in China for a model packing a 10000mAh battery. We donâ€™t expect this model to have such a large battery but the capacity may likely be up to 5000mAh.

The renders of the device also contained on the poster shows the model will have a waterdrop notch design at the top but the bottom bezel looks thick. The device also packs a 3.5mm audio jack.

BlackBerry Is Coming Back To Life Again With New 5G Smartphones

Gionee S12 Lite Unveiled, To Be Launched In Nigeria Next…