Samsung has recently announced the Galaxy Note20 series of flagship phones. According to recent reports, the South Korean tech giant is currently working on the Galaxy S20 Fan Edition smartphone. The handset will succeed the Galaxy S10 Lite that was launched at the beginning of 2020.

Reports have revealed that the Snapdragon 865 SoC will be powering the Galaxy S20 Fan Edition. Latest information reveals that the company may also release the Exynos 990 SoC version of the smartphone.

The Galaxy S20 Fan Edition with its SM-G780F model number has surfaced on the Geekbench 5 benchmarking platform. It scored 588 and 2448 in the single-core and multi-core tests of Geekbench, respectively. 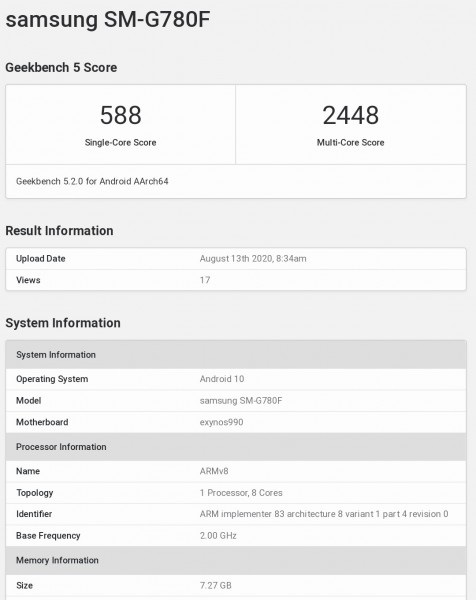 The Exynos 990 5G chipset with 2GHz base frequency is seen powering the device on Geekbench. The SoC is assisted by 8 GB of RAM. Also, the smartphone is preinstalled with Android 10 OS.

Shown below is the leaked press render of the Galaxy S20 Fan Edition that was released by reliable tipster Evan Blass. The handset could be arriving with a pricing of $750 and it could be available inÂ red, white, green, and orange colorways.

The S20 Fan Editionâ€™s display is expected to support aÂ 120Hz refresh rate. It could be coming in 6 GB and 8 GB RAM variants and 128 GB of storage. The Android 10 OS will come preinstalled on the smartphone. 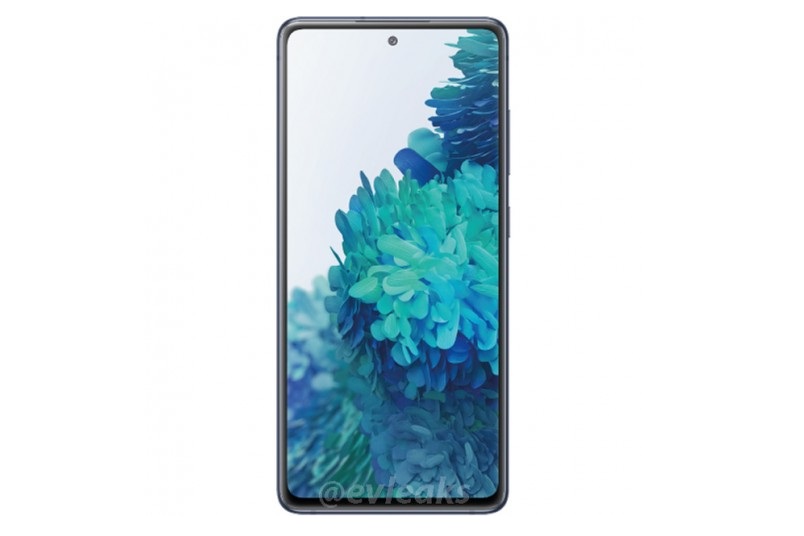 The Galaxy S20 Fan Edition may feature aÂ triple camera setup on its rear.Â The module could be housing a Sony IMX555 12-megapixel lens, a 12-megapixel superwide sensor, and an 8-megapixel telephoto lens. It could be sporting a 32-mgeapixel front camera. He device could be coming with an IP68 rated body along with a 3.5mm audio jack.