BlackBerry Is Coming Back To Life Again With New 5G Smartphones

Back in February this year, TCLÂ andÂ BlackBerryÂ Mobile announced that the latter will no longer make or sell BlackBerry-branded mobile devices again as from August 31. For almost two years now, there has not been a new BlackBerry phone but that will change next year.

Apparently, there is a new BlackBerry licensee called OnwardMobility and they have announced they will launch the first BlackBerryÂ 5GÂ mobile phone next year. OnwardMobility is a security solutions company that is headed by Peter Franklin. 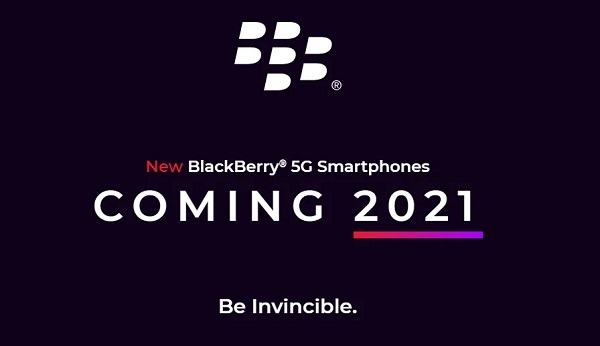 According to a video released by the CEO, the company has gone into an agreement with FIH Mobile, a subsidiary ofÂ FoxconnÂ Technology Group, to launch a new 5G BlackBerry smartphone that will be powered by Android.

According to the image above from OnwardMobilityâ€™s website, new BlackBerry 5G smartphones are coming in 2021. This means there will be more than one device next year.

The company executive has also given us a heads-up with respect to the design of the first phone. In the video, he revealed that the new phone will have a physical keyboard. So we expect it to have a form factor similar to the BlackBerry KEY2.

With respect to specs, there are no details yet other than it having support for 5G. However, we presume it will not be a flagship phone.

OnwardMobility is promising a feature-rich Android smartphone that delivers on security and productivity which are the main strengths of BlackBerry smartphones. Information on the manufacturerâ€™s website says that the phone will launch in the first half of 2021 in North America and Europe.

It definitely is good news to know that BlackBerry Mobile is not dead. We also hope OnwardMobility will have more success with the brand.