One of the good things you get when you own a Xiaomi device is the constant software upgrade you get at interval. Xiaomi provides at least 3 MIUI updates to most of its devices. Unfortunately, it seems the case with Mi Mix 3 5G is a bit different as the company’s first 5G smartphone is still stock to the MIUI 10 based on Android Pie.

While the Xiaomi customer support confirmed the Mi Mix 3 5G will get MIUI 12 by the end of October, a new Q&A on Mi Community has said the otherwise, saying “there is no update plans for the 5G variant”. 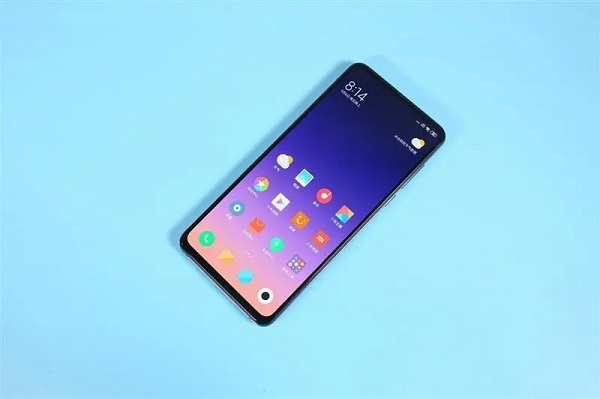 It is said that Xiaomi seems to have abandoned the plans to update Mi Mix 3 5G to MIUI 11 and Android 10 because it did not sell a enough number of the device in both Europe and China as expected.

Therefore, a petition was created on Change.org by an owner of the device urging Xiaomi to provide MIUI 11 update. A month later, the customer support confirmed direct upgrade to MIUI 12 but based on Android Pie. This brought relief to the users of the handset.

Recently, a post regarding MIUI 12 update for the vanilla Mi Mix 3 (4G) was posted by the company on Mi Community (via PiunikaWeb). It contains  a Q&A at the bottom where a question asks “What about the 5G variant?”

The response reads, “From the information we have, there is no update plans for the 5G variant. We do not know when an update might come, so kindly avoid raising queries about it. Any key information regarding a possible update will be announced in the subforum.” 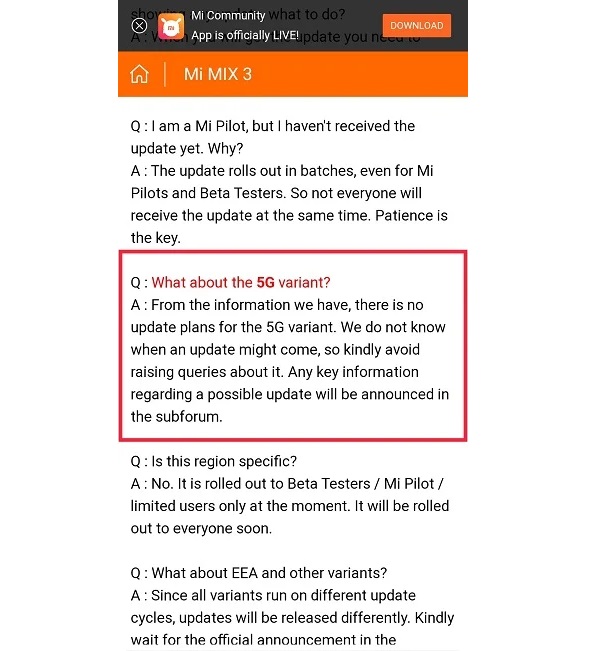 This clearly contradicts the statement given by customer support. Unfortunately, since this post is new, we think Xiaomi might have changed its plans for the Mi Mix 3 5G. That means the company’s first 5G smartphone may never receive MIUI 12.