The updated Start menu is expected to appear in the public version of Windows 10 much earlier than expected â€“ in the second half of this year, according to the source. Though, it was earlier speculated that the updated Start will be part of a major spring 2021 update (Windows 10 21H1).

The updated Start Menu has been spotted recently in Windows 10 Build 19042.421, presented in the Insider Beta channel (previously only available in the Developer Preview) for testing. With respect to that, in a few months, the new Start menu is expected to be available in the public version of Windows 10. 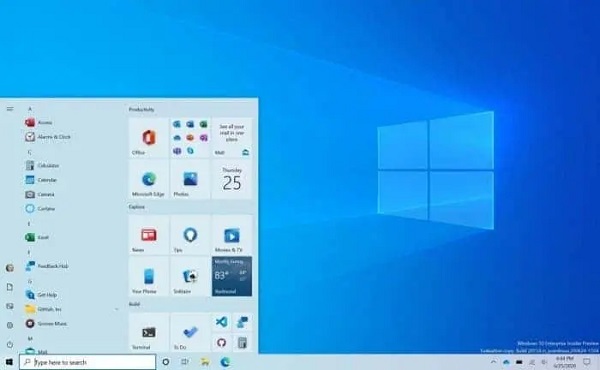 As a reminder, the new Start menu has freshened up visually and has become more laconic. It has the ability to change the background color.

In addition to the start menu, starting from the Windows 10 20H2 version, when new features are enabled in the settings, the tabs opened in Microsoft Edge will appear in the Alt-Tab application switcher. Of course, the Edge browser will be updated simultaneously with the Start menu, making the tabs to open in the form of thumbnails. 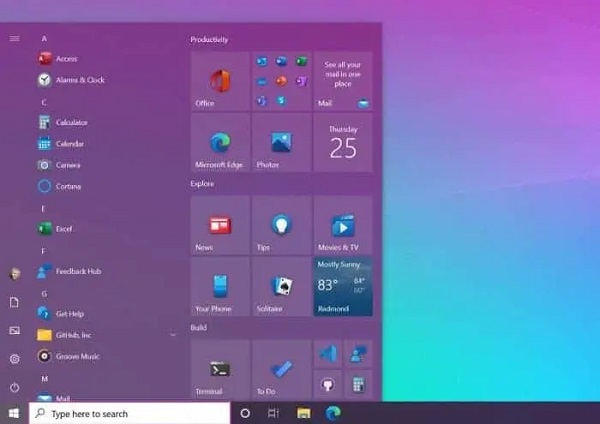 Microsoft Edge recently switched to the Chromium engine and began to work faster. And after the release of the large functional Windows 10 May 2020 Update, the browser has become even more economical with regard to RAM. Its use has decreased by up to 27%. True, Microsoft makes a clarification that â€œperformance on individual devices depends on configuration and useâ€, but on the whole, everyone should feel Edgeâ€™s more economical attitude to memory.