Social media platform Twitter on Wednesday went through probably the biggest hack the company has ever encountered. The attack involved compromising accounts of popular personalities and exploiting their accounts for a chain of Bitcoin scams.

â€œFeeling grateful doubling all payments sent to my BTC address! You send $1,000, I send back $2,000! Only doing this for the next 30 minutes,â€Â reads the now-deleted scam tweet. 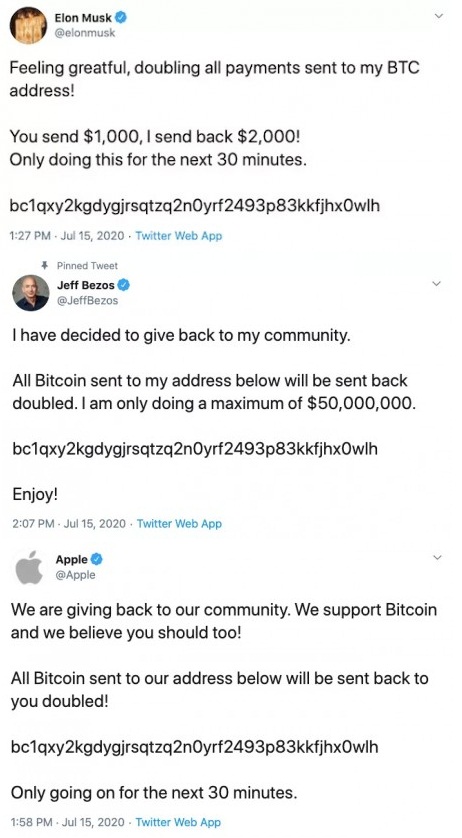 In addition, as part of its mitigation efforts, theÂ company limited the functionalities of verified accounts. These accounts included even those who had no evidence of being compromised.

â€œTough day for us at Twitter. We all feel terrible this happened. Weâ€™re diagnosing and will share everything we can when we have a more complete understanding of exactly what happened,â€Â wrote Twitter CEO Jack Dorsey in a tweet.

We are aware of a security incident impacting accounts on Twitter. We are investigating and taking steps to fix it. We will update everyone shortly.

As reported byÂ Motherboard, theÂ hackers used an internal administration tool to pull off the attacks. As per the publicationâ€™s sources, at least some of the accounts got taken over by changing the associated email address.

In its investigation,Â Twitter found the attack to be an inside job. According to Twitter, this is apparently aÂ â€œcoordinated social engineering attack by people who successfully targeted some of our employees with access to internal systems and tools.â€

Twitter says it has currently locked accounts that got compromised. The company added it will restore access to the original account owner when it is confident enough to do so in a secure manner.