Tecno Pouvoir 4 Is The First MediaTek Phone To Get Android 11 Beta, How To Install It

Transsion Holdings subsidiaryÂ Tecno has in the recent years been enjoying a good market share in Africa and decent share in other regions where it is present despite the presence of brands like Xiaomi, Samsung and Nokia. This seems to be necessitating the recent change in the brandâ€™s strategy. Tecno which is previously poor in terms of pushing updates to its smartphone has announced the rollout of Android 11 Developer Preview for its latest smartphone â€“ Tecno Pouvoir 4.

The Pouvoir 4 is the first smartphone powered by a MediaTek SoC to be joining the developer preview program for Android 11. Apart from Googleâ€™s Pixel series, other brands like OnePlus, Xiaomi, and OPPO have released similar Android 11 beta builds for their phones. However, all the models on the program before now are powered by Qualcomm Snapdragon SoCs.

The Pouvoir 4 features a MediaTek Helio A22 (MT6761) chipset and even though it was possible to technically flash Android 11 GSIs on non-Snapdragon devices, a build officially compiled by the OEM ensures better stability.

TellForce Blog recalls Tecno also participated in the Android Q beta testing in 2019 with the release of a pre-release build of Android 10 for theÂ  Spark 3 Pro. Tecno Spark 3 Pro is powered by an Helio A22 chipset.

Since this is a pre-release build, it comes with several limitations such as possible problems with apps, stability, battery, or performance on the device. Also, some apps might crash or may not function as expected when running on this release. This includes Googleâ€™s apps as well as other apps. In addition, users may experience the issue of some apps or icons getting obscured by the water drop screen and poor camera output. 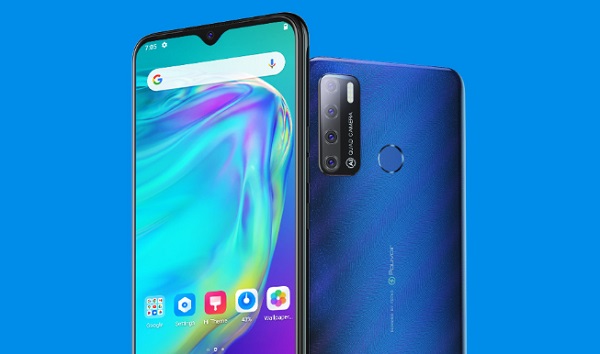 How To Install Android 11 Beta 1 On Tecno Pouvoir 4

For those that owns a Pouvoir 4 and are interested in installing Android 11 beta 1 on it, simply follow the quick guide below: