It has not really been a great for many people and businesses this year as it has been a turnaround year for almost everybody. Samsung is not an exception in terms of poor performance due to the pandemic. However, in a bid to make the world a safe place, the Korean giant is taking a due advantage of the situation to introduce a safe charging point to its users.

Samsung has announced a sterilizer with a wireless charging functionality built-in that promises to destroy up to 99% of bacteria within 10 minutes. It uses dual UV lamps that sterilize both the top and surface of the things you put into the case. The company specify the bacteria that will be effectively killed by this lamp which include E-coli, Staphylococcus, and Candida Albicans which cause a number of diseases. 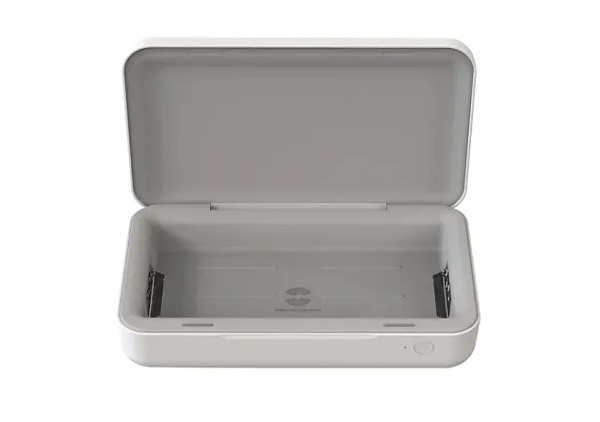 It can support up to the Galaxy S20 ultra which is Samsung’s latest flagship and can sterilize for 10 minutes. According to the info on the website, the device has a total power of 10W, which means it is a 10W wireless charger for your phone. This means you can charge your Samsung phone (or any other fitting phone really) inside this case and it gets charged while being sterilized at the same time.

Samsung doesn’t limit what you put inside this sterilizer. “Dedicated to keeping your personal daily belongings contamination-free such as smartphones, Galaxy buds and etc,” they describe the product on the webpage. You can use it to sterilize your phone, wireless earphones, and even sunglasses.

This is a kind of product that has been made possible due to the unique nature of 2020. Disinfecting frequently used items like phones, keys, sunglasses or earphones need to be disinfected constantly. Samsung was already offering UV-C sanitizing service for Galaxy devices for free in select countries so this looks like a mass market version of that service.