Samsung is all set to launch its next-gen Galaxy Note20 at the Galaxy Unpacked 2020 scheduled for August 5. Since the official unveiling is inching closer, new leaks and rumors are bound to pop at our radar. Well, we now finally have our first 360-degree render of the regular Galaxy Note20 variant. 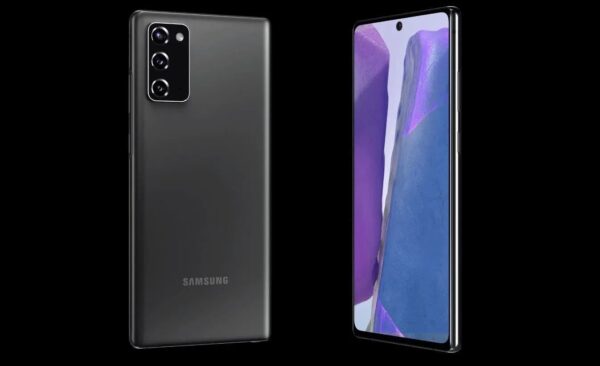 Just like with most Galaxy Note20 leaks, this one is also from Evan Blass (@evleaks). The render images clearly revealed the device in 36-degree of course. From the renders of the device, we could see the camera differences between the vanilla and the Ultra variant. As you can see, there is a triple camera module on the back lacking the ToF or laser autofocus module. It also confirms the fact that the device will lack a periscope-type camera.

Again, looking at the render, the device will have a flat Infinity-O display with the punch-hole cutout located in the middle. It would be interesting to see the Note20 Ultra coming with a flat display as well. Considering the previous S20 lineup, both the devices might arrive with a flat display only. We can also see the sides of the device â€“ you can find volume buttons and power key on the right while the left remains clean. Just like the previously leaked renders of Note20 Ultra, You can see the accent ring on individual camera sensors.

We recently came across some reports saying that the 5G-module will be disabled in some Galaxy Note20 Ultra versions. Well, this should be the case for the regions where 5G connectivity still is not feasible. Furthermore, the device will also be powered by the Snapdragon 865+ chipset in the South Korean market. A report also claimed that the Exynos 990 SoC be used for the global version. This might be a deal-breaker considering the brand previously got backlash for using Exynos chipset in flagship devices.

Apart from Note 20 lineup,Â SamsungÂ will launch a bunch of other products at its much-awaited conference. We will see Galaxy Fold 2, Galaxy Tab S7 lineup, Galaxy Z Flip 5G along with Galaxy Watch 3, and Galaxy Buds Live.

MTN eSIM Trial: Everything You Should Know

GBoard Gets A New Emoji Bar At The Top