Ever since Ni Fei, the president ofÂ nubia brand disclosed the launch date for the Red Magic 5S, he has been teasing the features of the handset every day. He has again confirmed the touch sampling rate of the display and shoulder buttons along with the refresh rate of the screen. 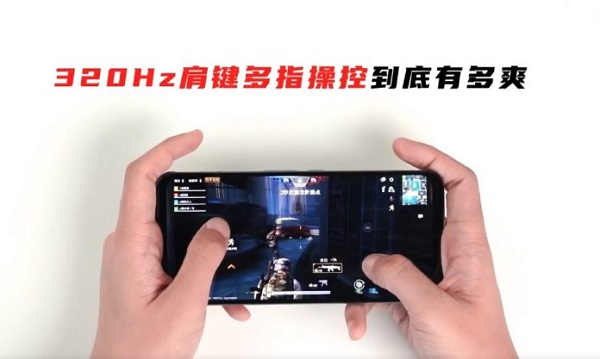 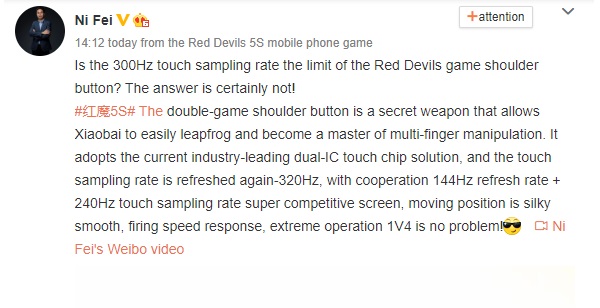 In you are not aware, touch sampling rate can be simply called as the number of times the screen can sense touch inputs in a second. Just like the display refresh rate, more the value better the performance, which in turn should offer stellar gaming experience, at least in theory.

Though the new teaser does not reveal the type of the display, it should be AMOLED just like its predecessor. Apart from this, the handset is confirmed to come withÂ Qualcomm Snapdragon 865 Plus,Â LPDDRR5 RAM, UFS 3.1 storage, andÂ silver cooling system.